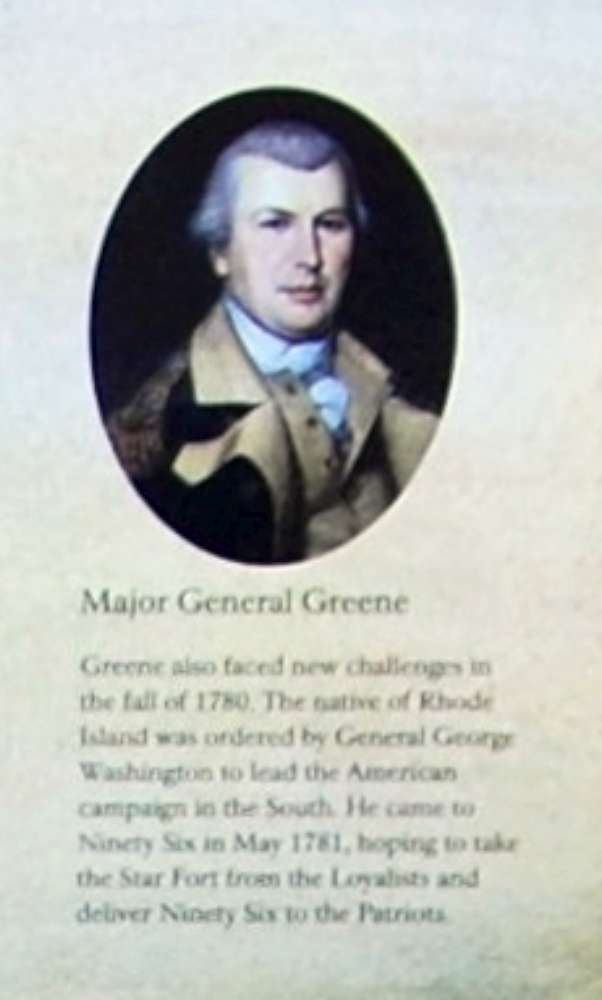 Photographer: Brian Scott
Taken: April 16, 2010
Caption: The Siege of Ninety Six Marker -
Major General Greene
Additional Description: Greene also faced new challenges in the fall of 1780. The native of Rhode Island was ordered by General George Washington to lead the American campaign in the South. He came to Ninety Six in May 1781, hoping to take the Star Fort from the Loyalists and deliver Ninety Six to the Patriots.
Submitted: May 11, 2010, by Brian Scott of Anderson, South Carolina.
Database Locator Identification Number: p108331
File Size: 0.033 Megabytes