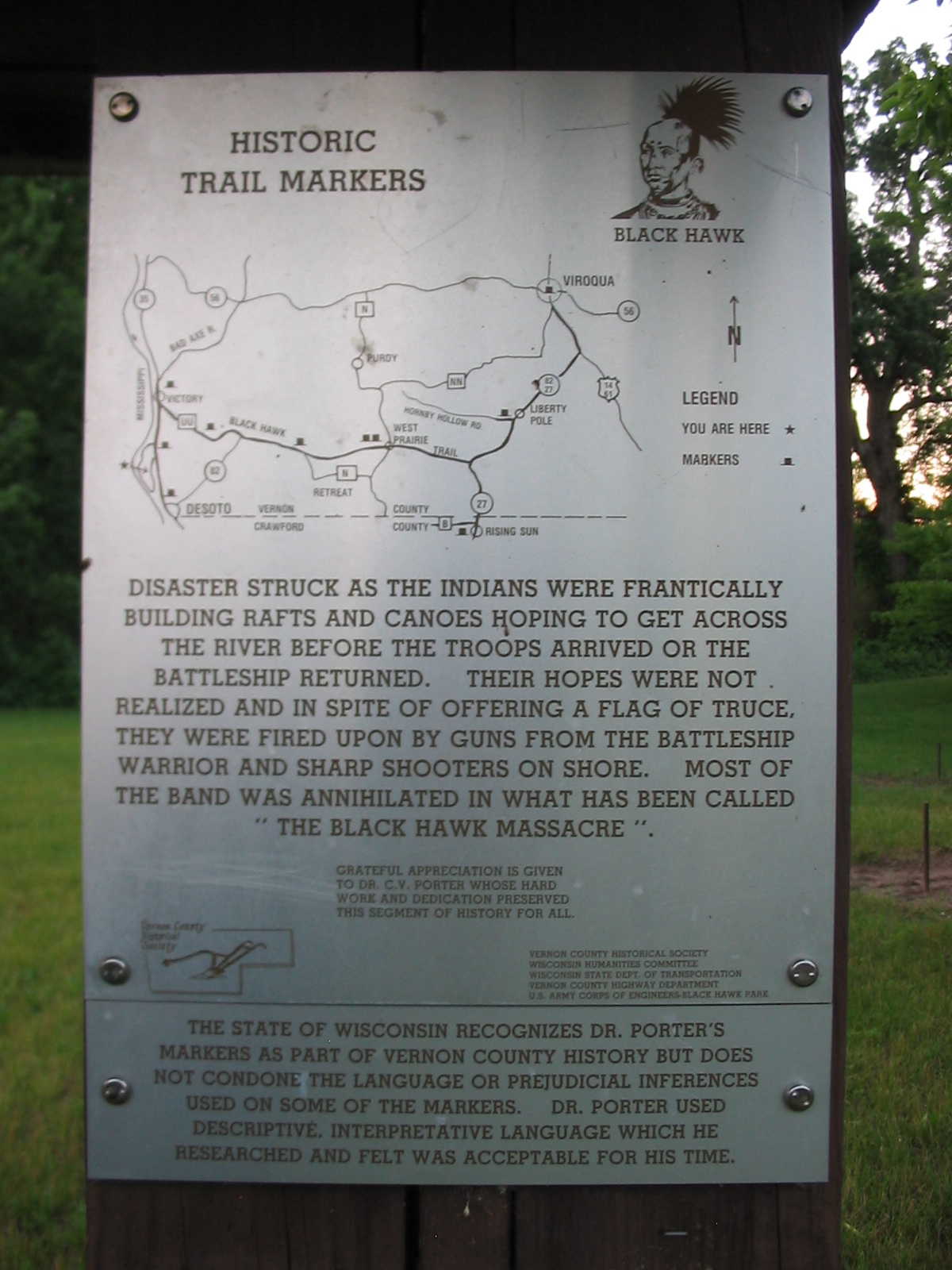 Disaster struck as the Indians were frantically building rafts and canoes hoping to get across the river before the troops arrived or the battleship returned. Their hopes were not realized and in spite of offering a flag of truce, they were fired upon by guns from the battleship Warrior and sharp shooters on shore. Most of the band was annihilated in what has been called "The Black Hawk Massacre".

The State of Wisconsin recognizes Dr. Porter's markers as part of Vernon County history but does not condone the language or prejudicial inferences used on some of the markers. Dr. Porter used descriptive, interpretative language which he researched and felt was acceptable for his time.
Submitted: June 27, 2010, by Keith L of Wisconsin Rapids, Wisconsin.
Database Locator Identification Number: p114840
File Size: 0.446 Megabytes