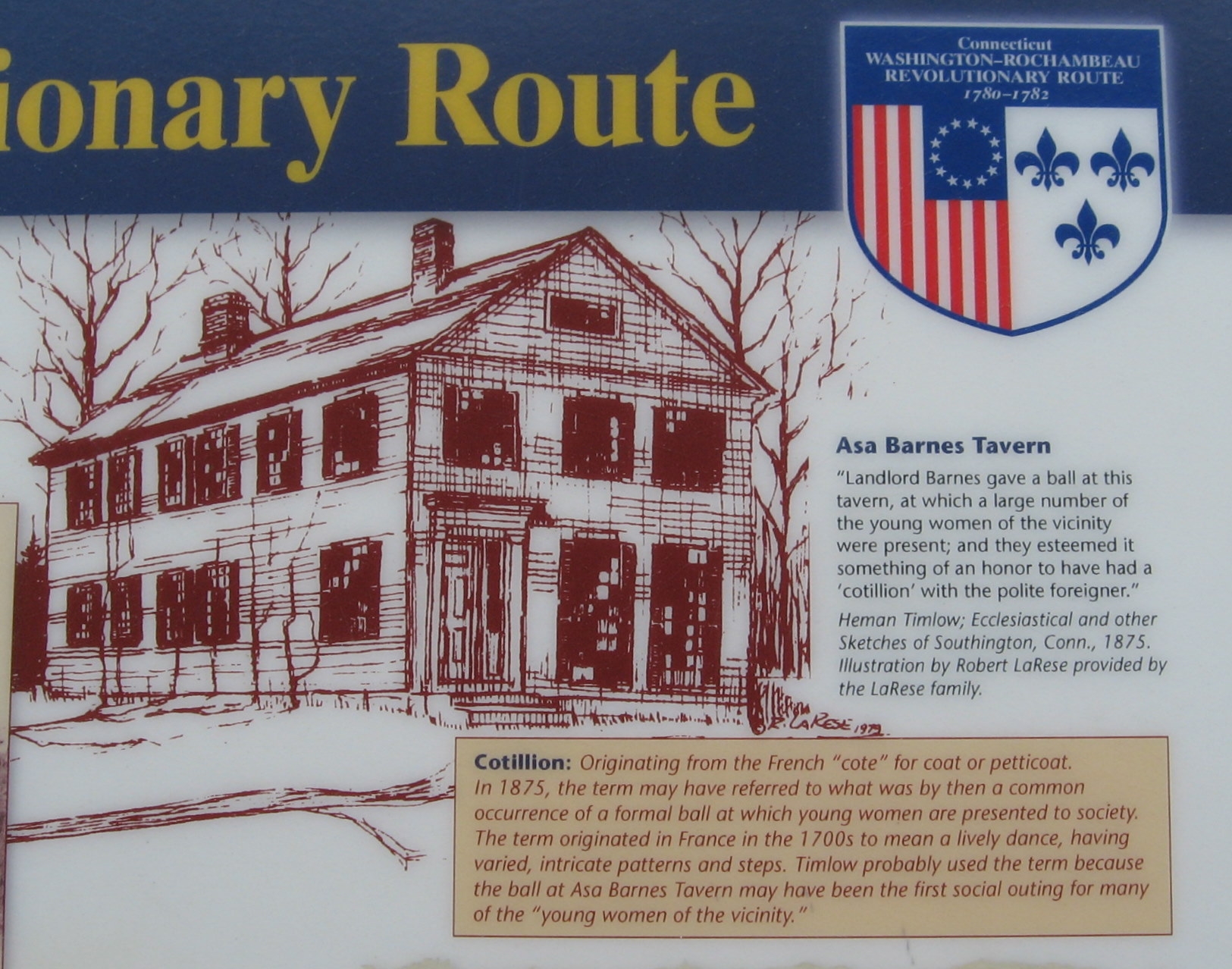 Photographer: Michael Herrick
Taken: July 28, 2010
Caption: Detail from the Marker
Additional Description:
Asa Barnes Tavern
"Landlord Barnes gave a ball at this tavern, at which a large number of the young women of the vicinity were present; and they esteemed it something of an honor to have had a 'cotillion' with polite foreigner."
Herman Timlow; Ecclesiastical and other Sketches of Southington, Conn., 1875. Illustration by Robert LaRese provided by the LaRese family.

Cotillion: Originating from the French "cote" for coat or petticoat. In 1875, the term may have referred to what was by then a common ocurrence of a formal ball at which young women are presented to society. The term originated in France in the 1700s to mean a lively dance, having varied, intricate patterns and steps. Timlow probably used the term because the ball at Asa Barnes Tavern may have been the first social outing for many of the " young women of the vicinity."
Submitted: July 30, 2010, by Michael Herrick of Southbury, Connecticut.
Database Locator Identification Number: p120098
File Size: 0.454 Megabytes