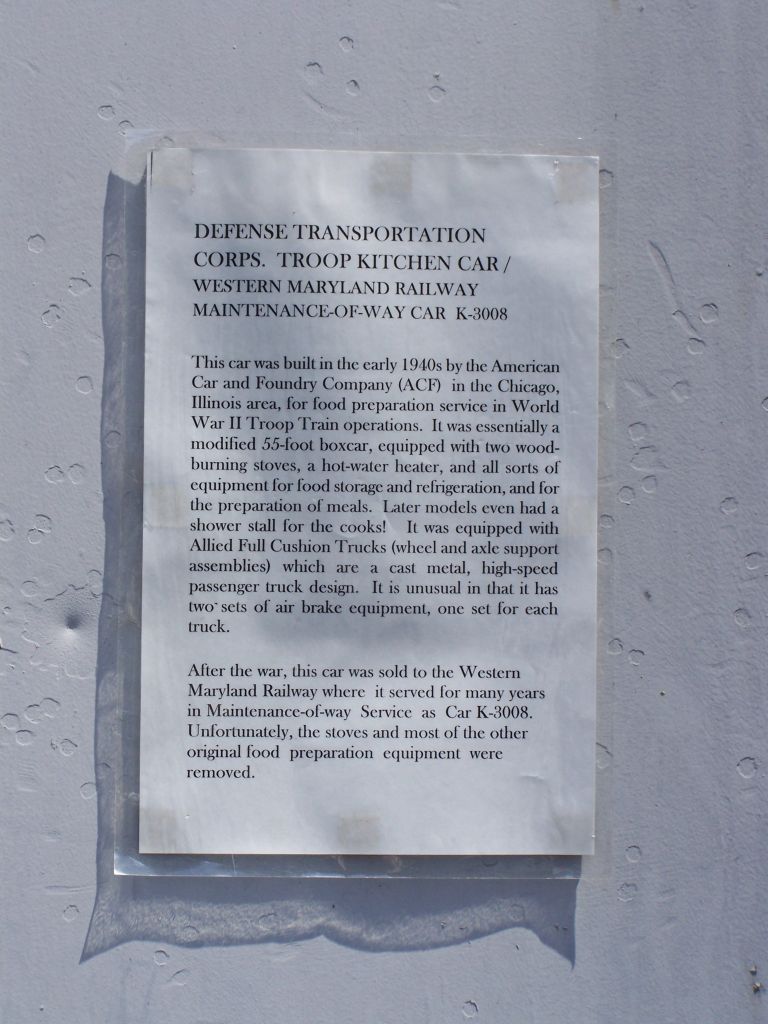 Photographer: Michael Stroud
Taken: June 7, 2007
Caption: Defense Transportation Corps. Troop Kitchen Car /
Additional Description: Western Maryland Railway Maintenance-of-Way Car K-3008. “This car was built in the early 1940s by the American Car and Foundry Company (ACF) in the Chicago, Illinois area, for food preparation service in World War II Troop Train operations. It was essentially a modified 55-foot boxcar, equipped with two wood-burning stoves, a hot-water heater, and all sorts of equipment for food storage and refrigeration, and for the preparation of meals. Later models even had a shower stall for the cooks! It was equipped with Allied Full Cushion Trucks (wheel and axle support assemblies) which are a cast metal, high-speed passenger truck design. It is unusual in that it has two sets of air brake equipment, one for each truck. ¶ After the war, the car was sold to the Western Maryland Railway where it served for many years in Maintenance-of-way Service as Car K-3008. Unfortunately, the stoves and most of the other original food preparation equipment were removed.”
Submitted: December 20, 2007, by Mike Stroud of Bluffton, South Carolina.
Database Locator Identification Number: p12413
File Size: 0.129 Megabytes