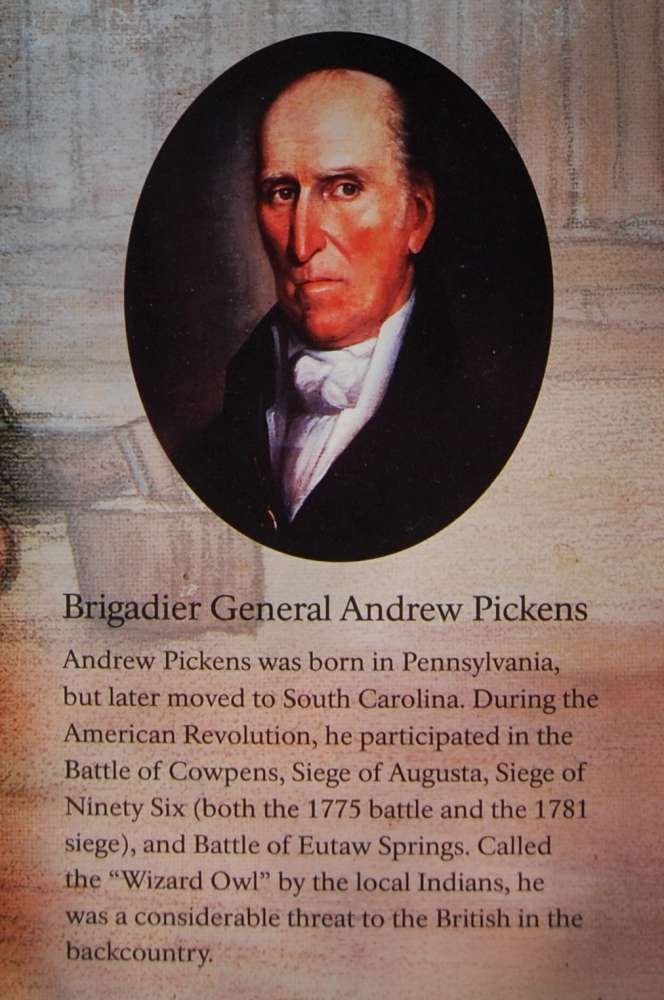 Photographer: Brian Scott
Taken: May 13, 2010
Caption: Brigadier General Andrew Pickens
Additional Description: Andrew Pickens was born in Pennsylvania, but later moved to South Carolina. During the American Revolution, he participated in the Battle of Cowpens, Siege of Augusta, Siege of Ninety Six (both the 1775 battle and the 1781 siege), and Battle of Eutaw Springs. Called the "Wizard Owl" by the local Indians, he was a considerable threat to the British in the backcountry.
Submitted: August 23, 2010, by Brian Scott of Anderson, South Carolina.
Database Locator Identification Number: p124254
File Size: 0.072 Megabytes