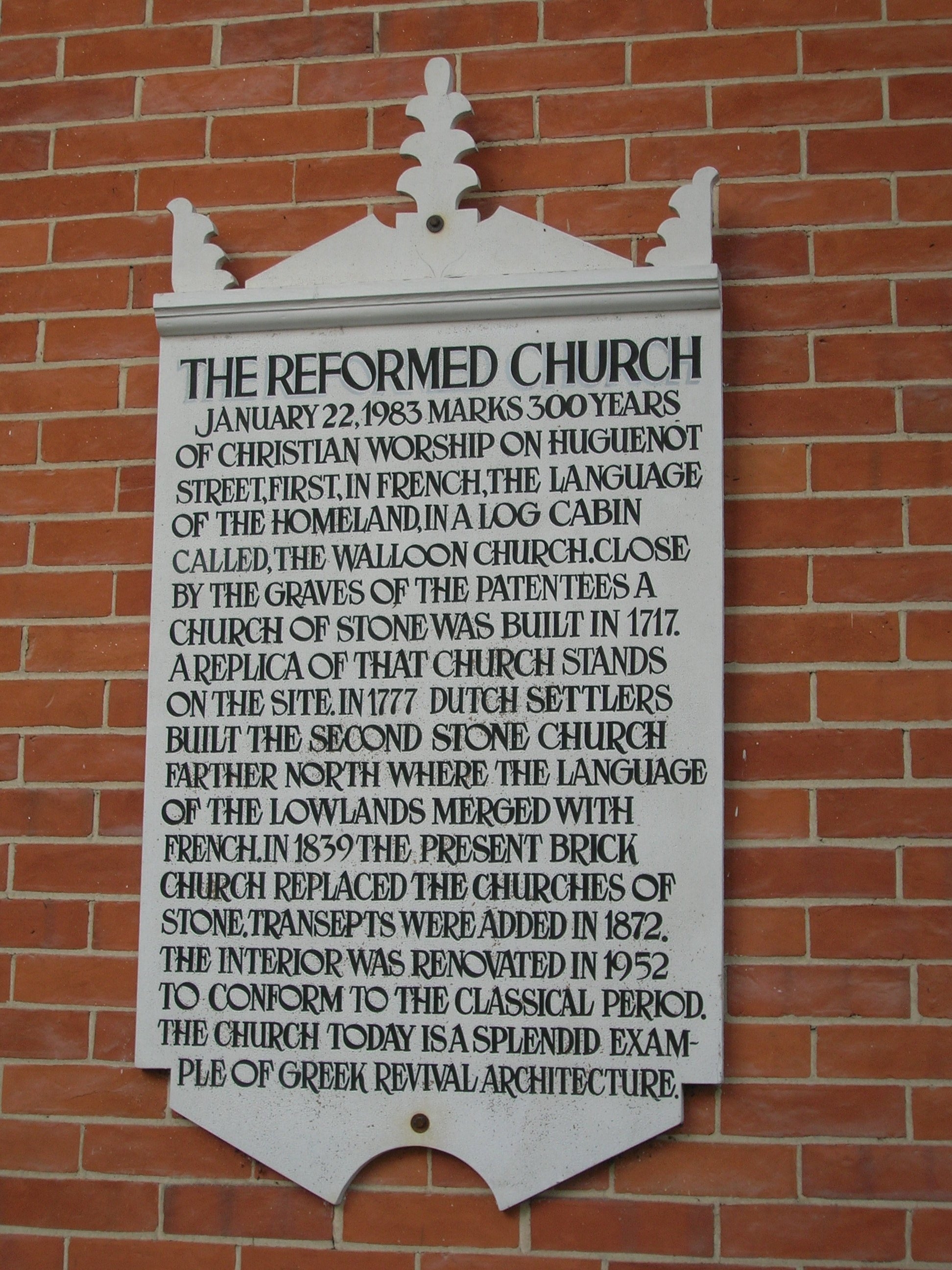 Photographer: Howard C. Ohlhous
Taken: September 17, 2007
Caption: Sign on the front of the Reformed Church
Additional Description:
The Reformed Church
January 22, 1983 Marks 300 Years of Christian Worship on Huguenot Street, First, In French, The Language of the Homeland, in a Log Cabin Called, The Walloon Church, Close by the Graves of the Patentees a Church of Stone was built in 1717. A replica of that church Stands on the site. In 1777 Dutch Settlers Built the second Stone Church Farther north where the language of the Lowlands merged with French. In 1839 the Present Brick Church replaced the Churches of Stone. Transepts were added in 1872. The interior was renovated in 1952 to conform to the classical period. The church today is a splendid example of Greek Revival Architecture.
Submitted: February 24, 2008, by Howard C. Ohlhous of Duanesburg, New York.
Database Locator Identification Number: p16956
File Size: 0.953 Megabytes