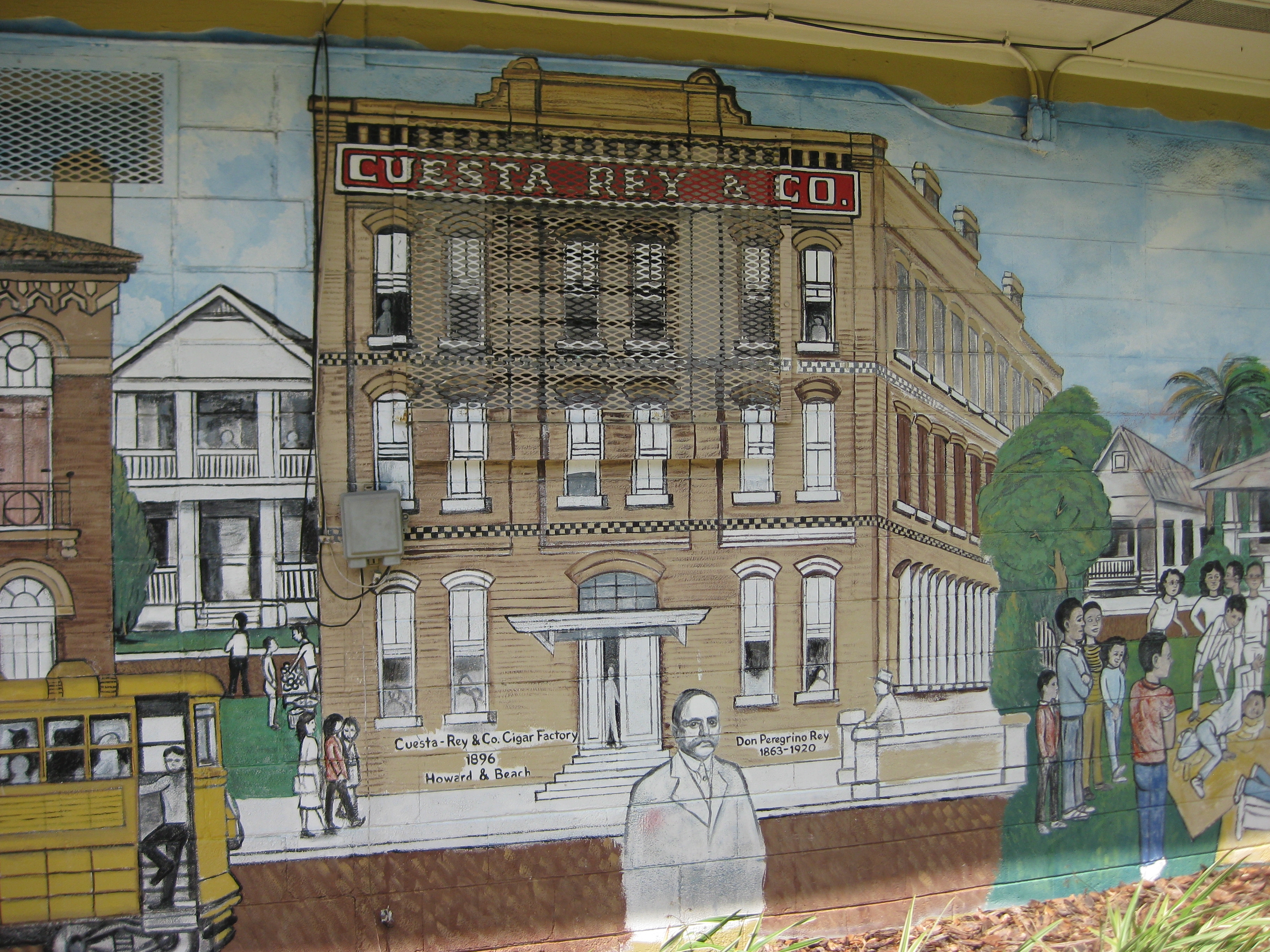 Photographer: AGS Media
Taken: September 5, 2011
Caption: Mural of Cuesta Rey & Co. Cigar Factory
Additional Description: A mural in nearby Rey Park depicts the Cuesta Rey & Co. cigar factory, which was built in 1896 by Spanish immigrants Angel Cuesta and Peregrino Rey (for whom the park was named). At its peak, the company operated factories in West Tampa and in Ybor City, and was named official Purveyor to the Court of Spain by King Alfonzo XIII. The company was later bought out. Their West Tampa factory was destroyed by fire in 1989, but bricks from the structure were salvaged and used to form the historical marker's base.
Submitted: September 25, 2011, by Glenn Sheffield of Tampa, Florida.
Database Locator Identification Number: p173666
File Size: 4.512 Megabytes