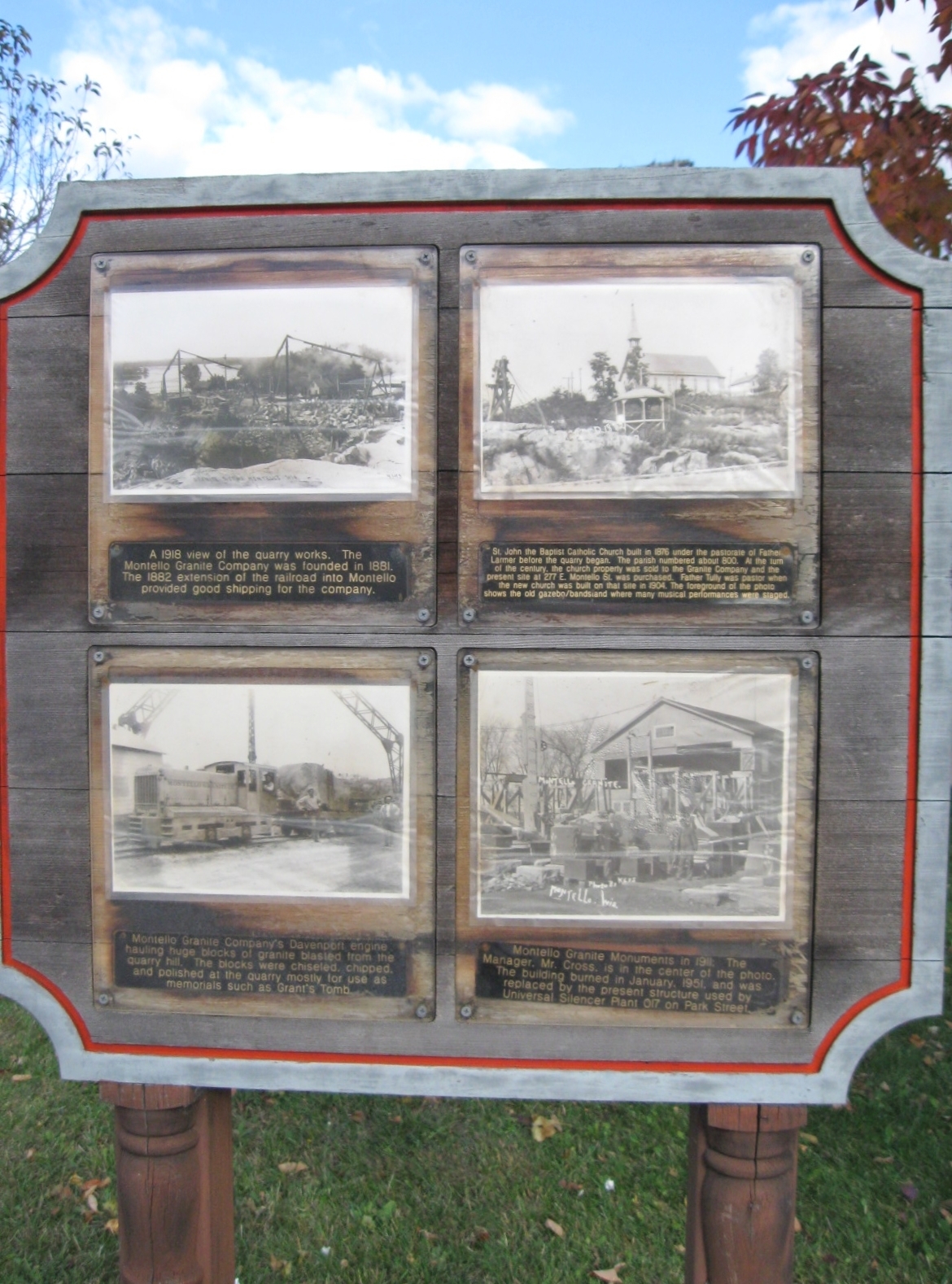 Photographer: Keith L
Taken: October 2, 2010
Caption: Historical Photos
Additional Description:
[left marker]
A 1918 view of the quarry works. The Montello Granite Company was founded in 1881. The 1882 extension of the railroad into Montello provided good shipping for the company. • St. John the Baptist Catholic Church built in 1876 under the pastorate of Father Lamer before the quarry began. The parish numbered about 800. At the turn of the century, the church property was sold to the Granite Company and the present site at 277 E. Montello St. was purchased. Father Tully was pastor when the new church was built on that site in 1904. The foreground of the photo shows the old gazebo/bandstand where many musical performances were staged. • Montello Granite Company's Davenport engine hauling huge blocks of granite blasted from the quarry hill. The blocks were chiseled, chipped, and polished at the quarry mostly for use as memorials such as Grant's Tomb. • Montello Granite Monuments in 1911. The Manager, Mr. Cross, is in the center of the photo. The building burned in January, 1951, and was replaced by the present structure used by Universal Silencer Plant 017 on Park Street.
Submitted: February 29, 2012, by Keith L of Wisconsin Rapids, Wisconsin.
Database Locator Identification Number: p194692
File Size: 1.218 Megabytes