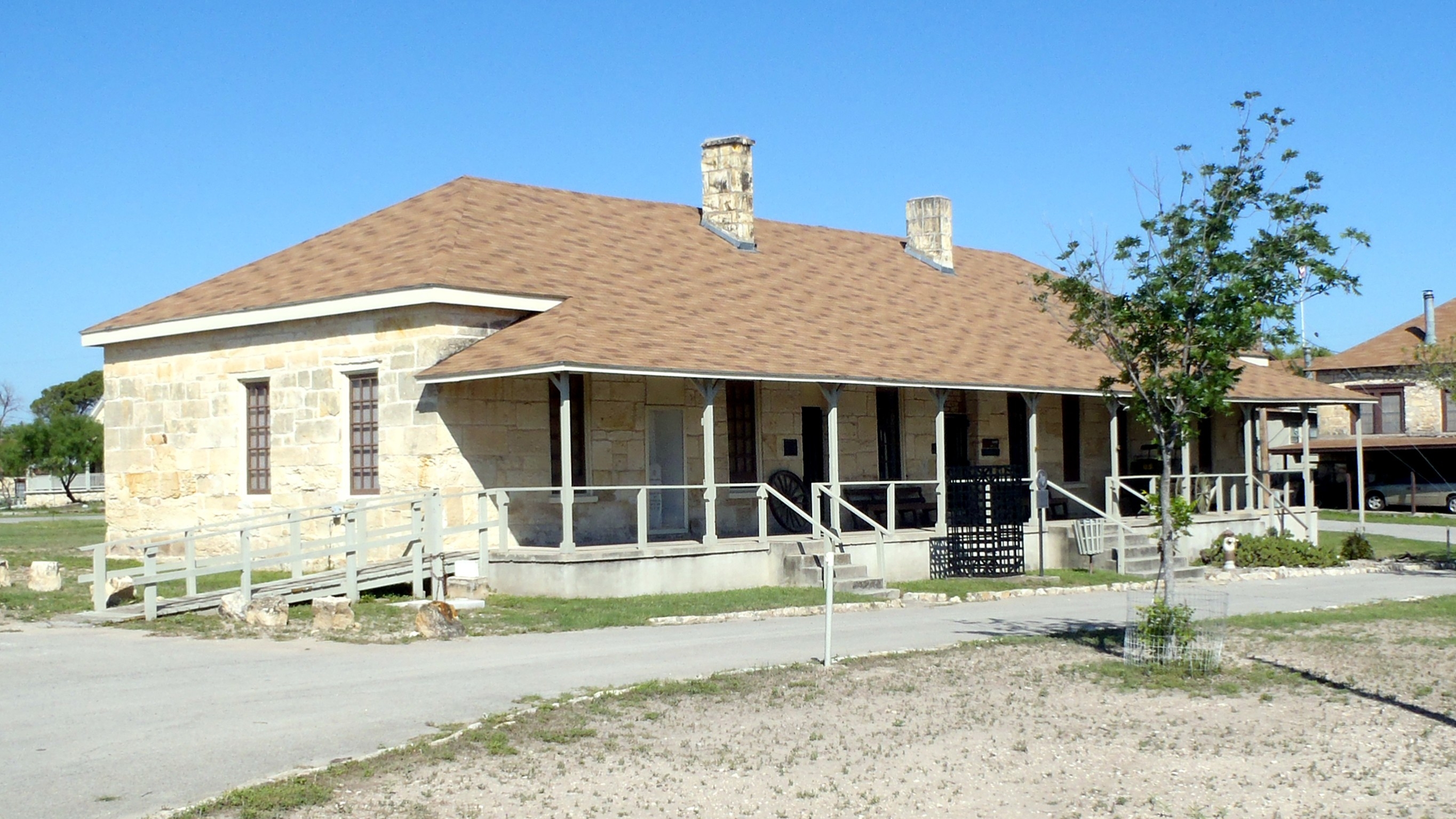 Photographer: William F Haenn
Taken: May 13, 2012
Caption: Fort Clark's Guardhouse (now the Old Guardhouse Museum)
Additional Description: The Old Guardhouse Museum actually began during the Brown Foundation’s “Guest Ranch” era 1950-1971 as a storage building for a collection of World War II aircraft nose art. The Fort Clark Community Council restored the building in 1976. When the Fort Clark Historical Society was chartered in December 1979, the same month the Fort Clark Historic District was listed in the National Register of Historic Places, the old guardhouse seemed the appropriate place to display the growing number of Fort Clark artifacts being donated to the Society by veterans, visitors, and local residents. It was retired U.S. Navy Lieutenant Commander Donald A. Swanson who, as curator from 1986-1996, took the museum to the next level of care by meticulously cata-loging the collection and markedly improving the museum’s displays. His singular effort in establishing the museum’s archives created an invaluable resource for genealogists, researchers, and military history buffs.
Submitted: May 16, 2012, by William F Haenn of Fort Clark (Brackettville), Texas.
Database Locator Identification Number: p204038
File Size: 0.808 Megabytes