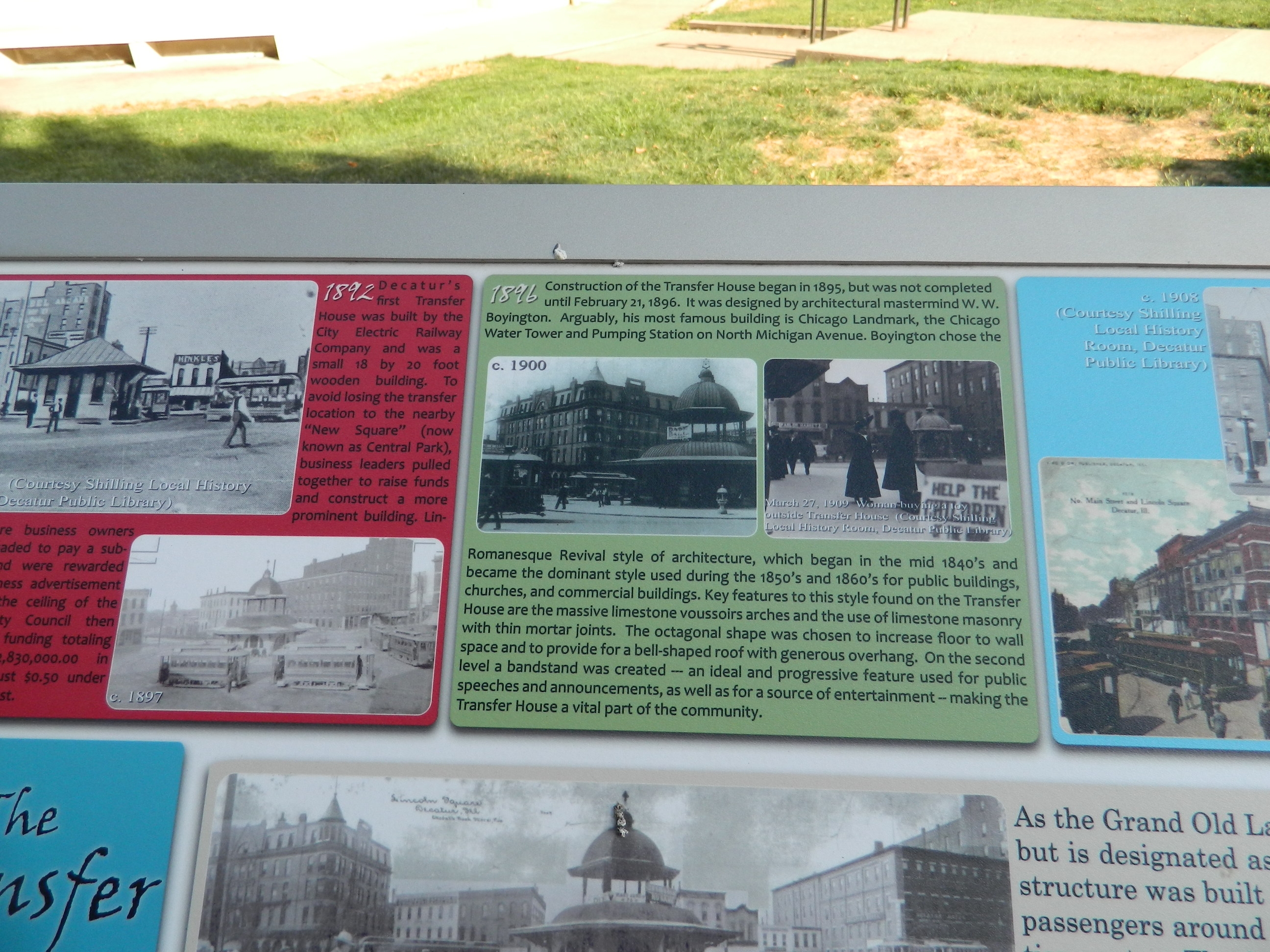 Photographer: Bill Pfingsten
Taken: June 8, 2012
Caption: The Transfer House 1896
Additional Description: Construction of the Transfer House began in 1895, but was not completed until February 21, 1896. It was designed by architectural mastermind W. W. Boyington. Arguably, his most famous building is Chicago Landmark, the Chicago Water Tower and Pumping Station on North Michigan Avenue. Boyington chose the Romanesque Revival style of architecture, which began in the min 1840's and became the dominant style used during the 1850's and 1860's for public buildings, churches, and commercial buildings. Key features to this style found on the Transfer House are the massive limestone voussoirs arches and the use of limestone masonry with thin mortar joints. The octagonal shape was chosen to increase floor to wall space and to provide for a bell-shaped roof with generous overhang. On the second level a bandstand was created - an ideal and progressive feature used for public speeches and announcements, as well as for a source of entertainment - making the Transfer House a vital part of the community.
Submitted: June 28, 2012, by Bill Pfingsten of Bel Air, Maryland.
Database Locator Identification Number: p209772
File Size: 1.130 Megabytes