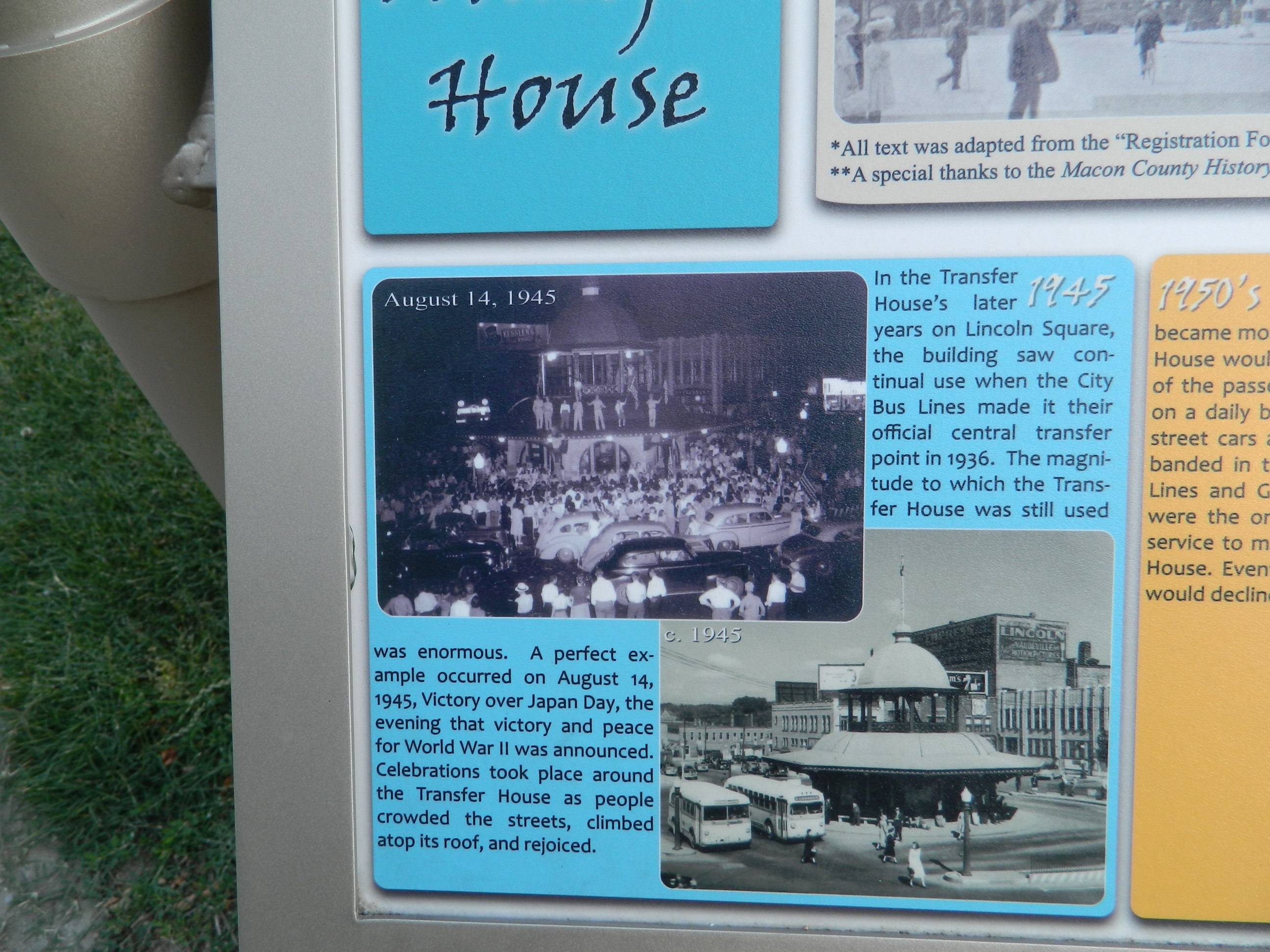 Photographer: Bill Pfingsten
Taken: June 8, 2012
Caption: The Transfer House 1945
Additional Description: In the Transfer House's later years on Lincoln Square, the building saw continual use when the City Bus Lines made it their official central transfer point in 1936. The magnitude to which the Transfer House was still used was enormous. A perfect example occurred on August 14, 1945, Victory over Japan Day, the evening that victory and peace for World War II was announced. Celebrations took place around the Transfer House as people crowded the streets, climbed atop its roof, and rejoiced.
Submitted: June 28, 2012, by Bill Pfingsten of Bel Air, Maryland.
Database Locator Identification Number: p209782
File Size: 1.102 Megabytes