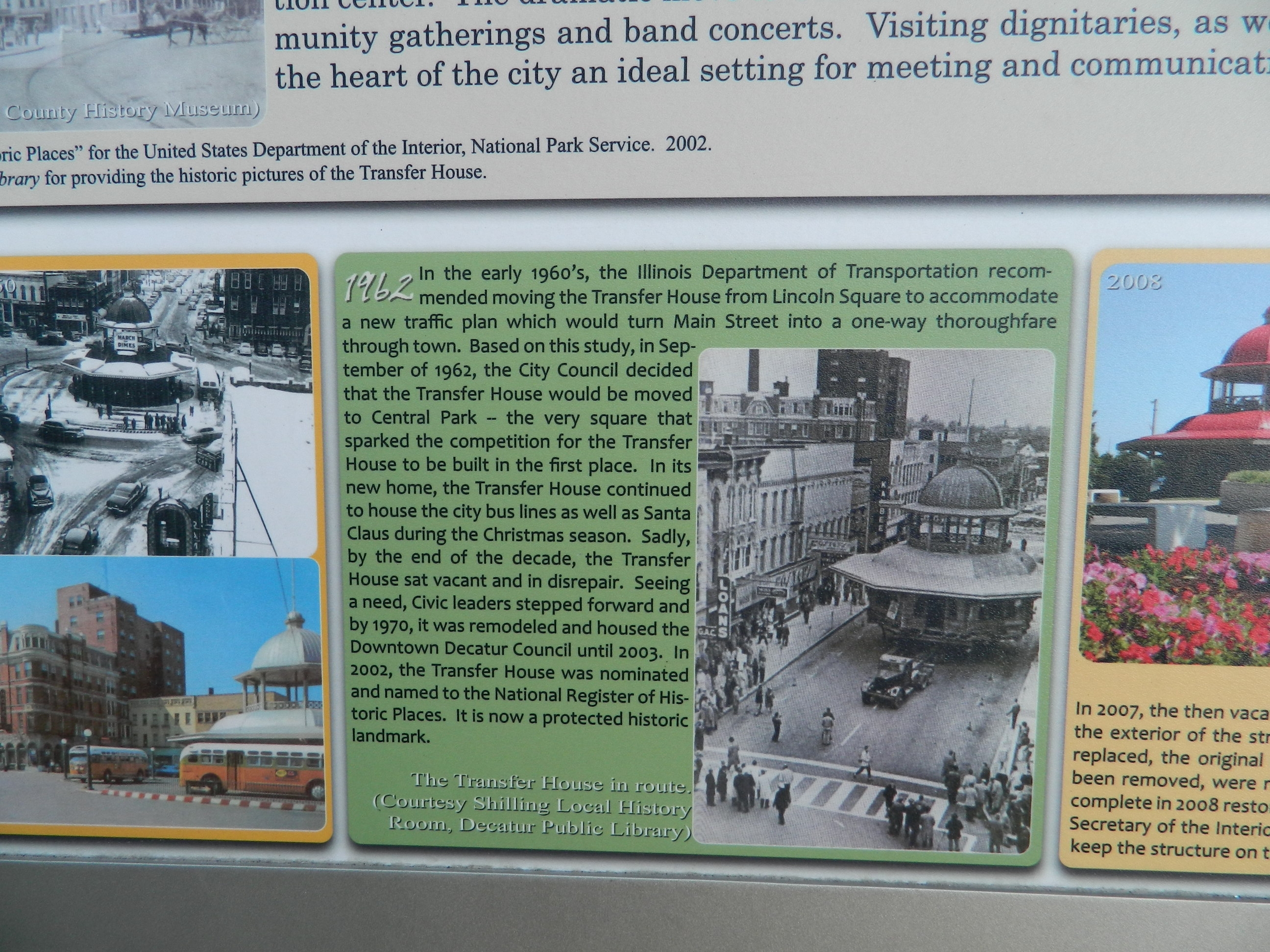 Photographer: Bill Pfingsten
Taken: June 8, 2012
Caption: The Transfer House 1962
Additional Description: In the early 1960's, the Illinois Department of Transportation recommended moving the Transfer House from Lincoln Square to accommodate a new traffic plan which would turn Main Street into a one-way thoroughfare through town. Based on this study, in September of 1962, the City council decided that the Transfer House would be moved to Central Park - the very square that sparked the competition for the Transfer House to be built in the first place. In its new home, the Transfer House continued to house the city bus lines as well as Santa Claus during the Christmas season. Sadly, by the end of the decade, the Transfer House sat vacant and in disrepair. Seeing a need, Civic leaders stepped forward and by 1970, it was remodeled and housed the Downtown Decatur Council until 2003. In 2002, the Transfer house was nominated and named to the National Register of Historic Places. It is now a protected historic landmark.
Submitted: June 28, 2012, by Bill Pfingsten of Bel Air, Maryland.
Database Locator Identification Number: p209789
File Size: 1.227 Megabytes