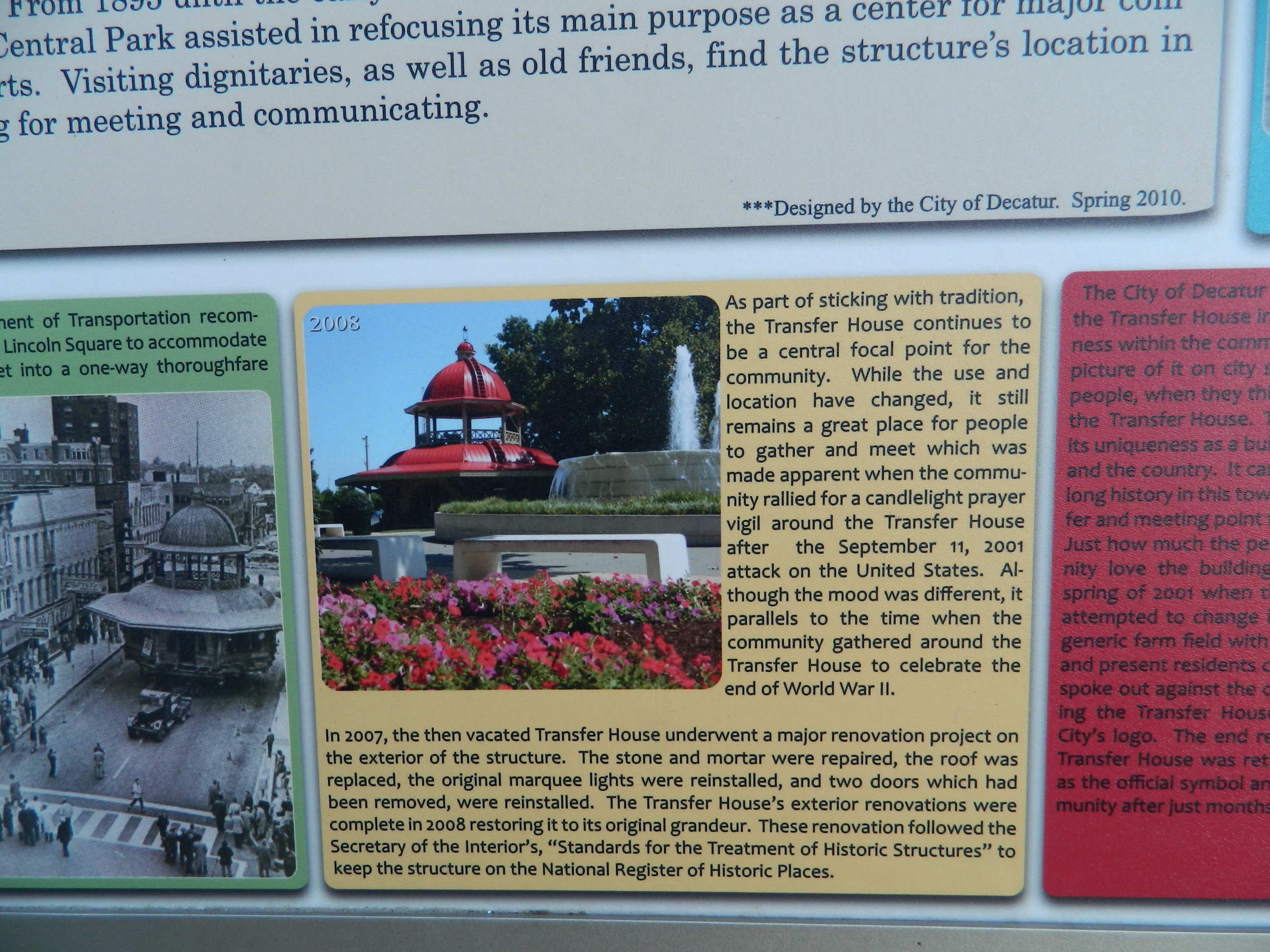 Photographer: Bill Pfingsten
Taken: June 8, 2012
Caption: The Transfer House 2008
Additional Description: As part of sticking with tradition, the Transfer House continues to be a central focal point for the community. While the use and location have changed, it still remains a great place for people to gather and meet which was made apparent when the community rallied for a candlelight prayer vigil around the Transfer House after the September 11, 2001 attack on the United States. Although the mood was different, it parallels to the time when the community gathered around the Transfer House to celebrate the end of World War II.
In 2007, the then vacated Transfer House underwent a major renovation project on the exterior of the structure. The stone and mortar were repaired, the roof was replaced, the original marquee lights were reinstalled, the two doors which had been removed were reinstalled. The Transfer House's exterior renovations were completed in 2008 restoring it to its original grandeur. These renovations followed the Secretary of the Interior's, "Standards for the Treatment of Historic Structures" to keep the structure on the National Register of Historic Places.
Submitted: June 28, 2012, by Bill Pfingsten of Bel Air, Maryland.
Database Locator Identification Number: p209791
File Size: 1.127 Megabytes