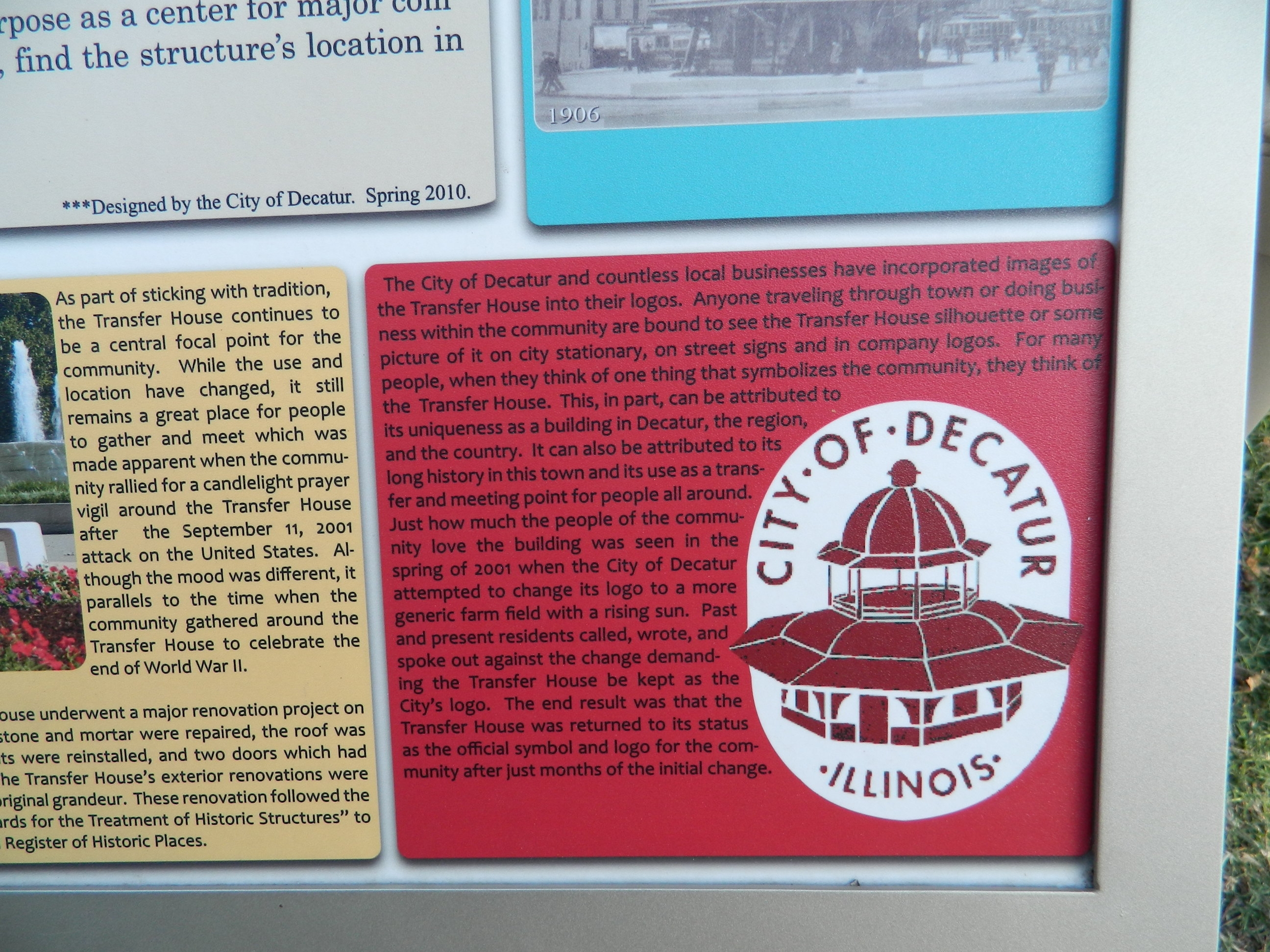 Photographer: Bill Pfingsten
Taken: June 8, 2012
Caption: City of Decatur
Additional Description: The City of Decatur and countless local businesses have incorporated images of the Transfer House into their logos. Anyone traveling through town or doing business within the community are bound to see the Transfer House silhouette or some picture of it on city stationary, on street signs and in company logos. For many people, when they think of one thing that symbolizes the community, they think of the Transfer House. This, in part, can be attributed to its uniqueness as a building in Decatur, the region, and the country. It can also be attributed to its long history in this town and its use as a transfer and meeting point for people all around. Just how much the people of the community love the building was ween in the spring of 2001 when the City of Decatur attempted to change its logo to a more generic farmfield with a rising sun. Past and present residents called, wrote, and spoke out against the change demanding the Transfer House be kept as the City's logo. The end result was that the Transfer House was returned to its status as the official symbol and logo for the community after just months of the initial change.
Submitted: June 28, 2012, by Bill Pfingsten of Bel Air, Maryland.
Database Locator Identification Number: p209793
File Size: 1.152 Megabytes