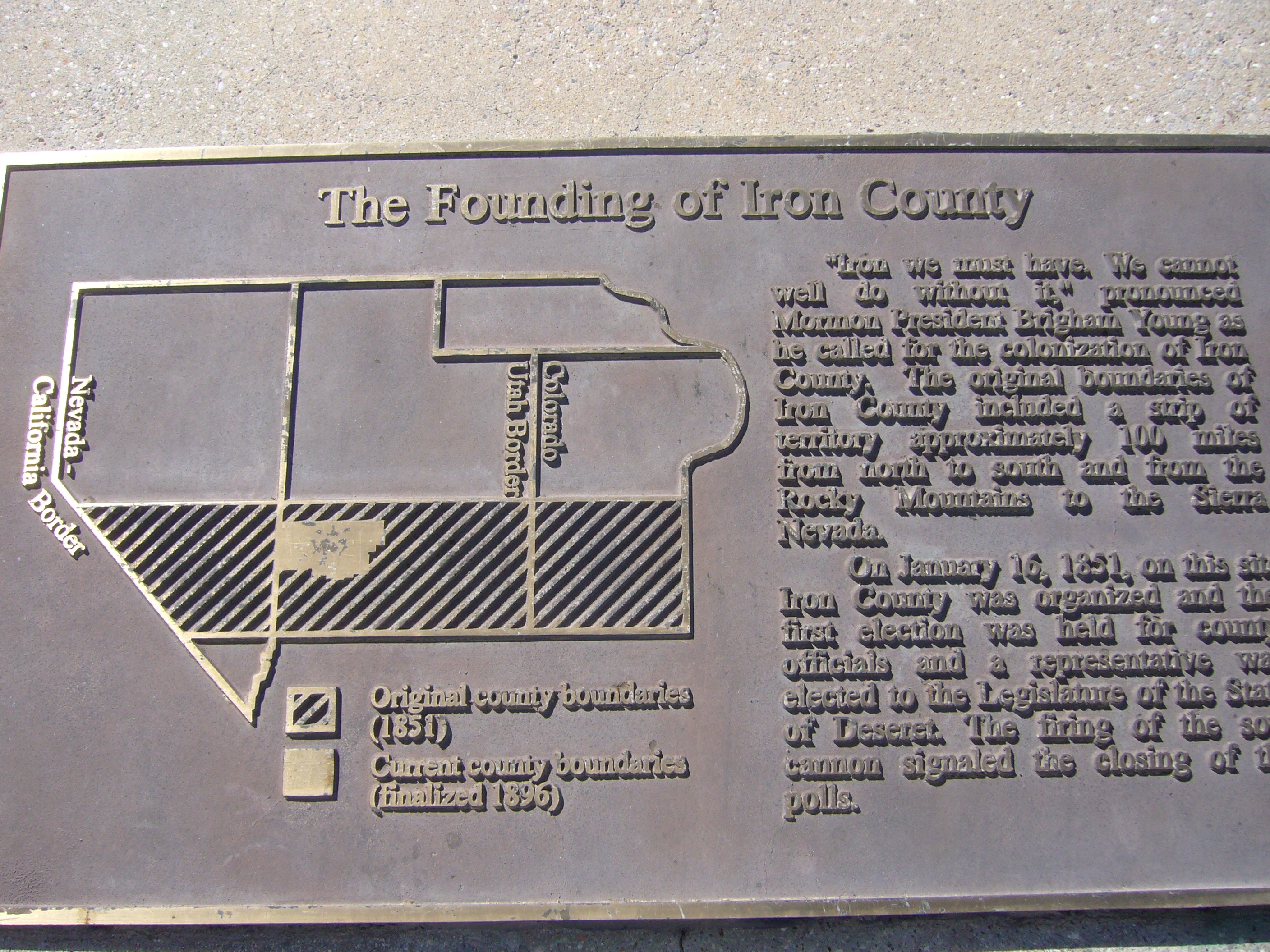 Photographer: Bill Kirchner
Taken: August 29, 2012
Caption: The Founding of Iron County
Additional Description: "Iron we must have. We cannot well do without it," pronounced Mormon President Brigham Young as he called for the colonization of Iron County. The original boundaries of Iron County included a strip of territory approximately 100 miles from north to south and from the Rocky Mountains to the Sierra Nevada.
On January 16, 1851, on this site Iron County was organized and the first election was held for county officials and representative was elected to Legislature of the State of Deseret. The firing of the sow cannon signaled the closing of the polls.
Submitted: September 17, 2012, by Bill Kirchner of Tucson, Arizona.
Database Locator Identification Number: p220186
File Size: 2.894 Megabytes