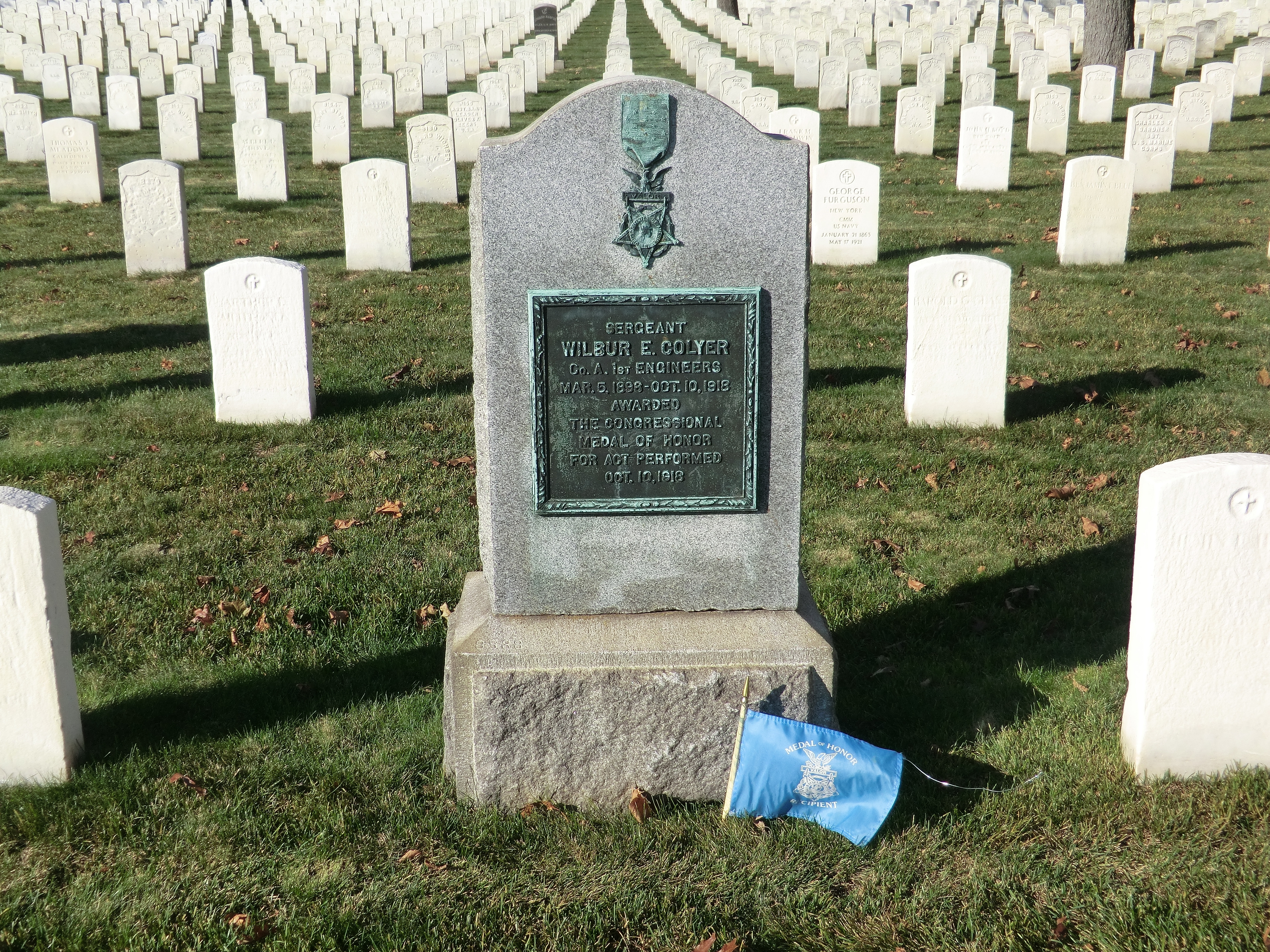 Photographer: Don Morfe
Taken: November 25, 2011
Caption: Sergeant Colyer Square Marker
Additional Description: Grave marker inscription-Sergeant Wilbur E. Colyer, Co.A. 1st Engineers, Mar. 5, 1898-Oct. 10, 1918-Awarded the Congressional Medal of Honor for act performed Oct. 10. 1918. He is buried in Cypress Hills National Cemetery, Brooklyn NY. MEDAL OF HONOR CITATION-*COLYER, WILBUR E. (Killed in Action) Rank and organization: Sergeant, U.S. Army, Company A, 1st Engineers, 1st Division. Place and date: Near Verdun, France, 9 October 1918. Entered service at: South Ozone, Long Island, N.Y. Birth: Brooklyn, N.Y. G.O. No.: 20, W.D., 1919. Citation: Volunteering with 2 other soldiers to locate machinegun nests, Sgt. Colyer advanced on the hostile positions to a point where he was half surrounded by the nests, which were in ambush. He killed the gunner of one gun with a captured German grenade and then turned this gun on the other nests silencing all of them before he returned to his platoon. He was later killed in action.
Submitted: January 3, 2013, by Don Morfe of Baltimore, Maryland.
Database Locator Identification Number: p230512
File Size: 6.956 Megabytes