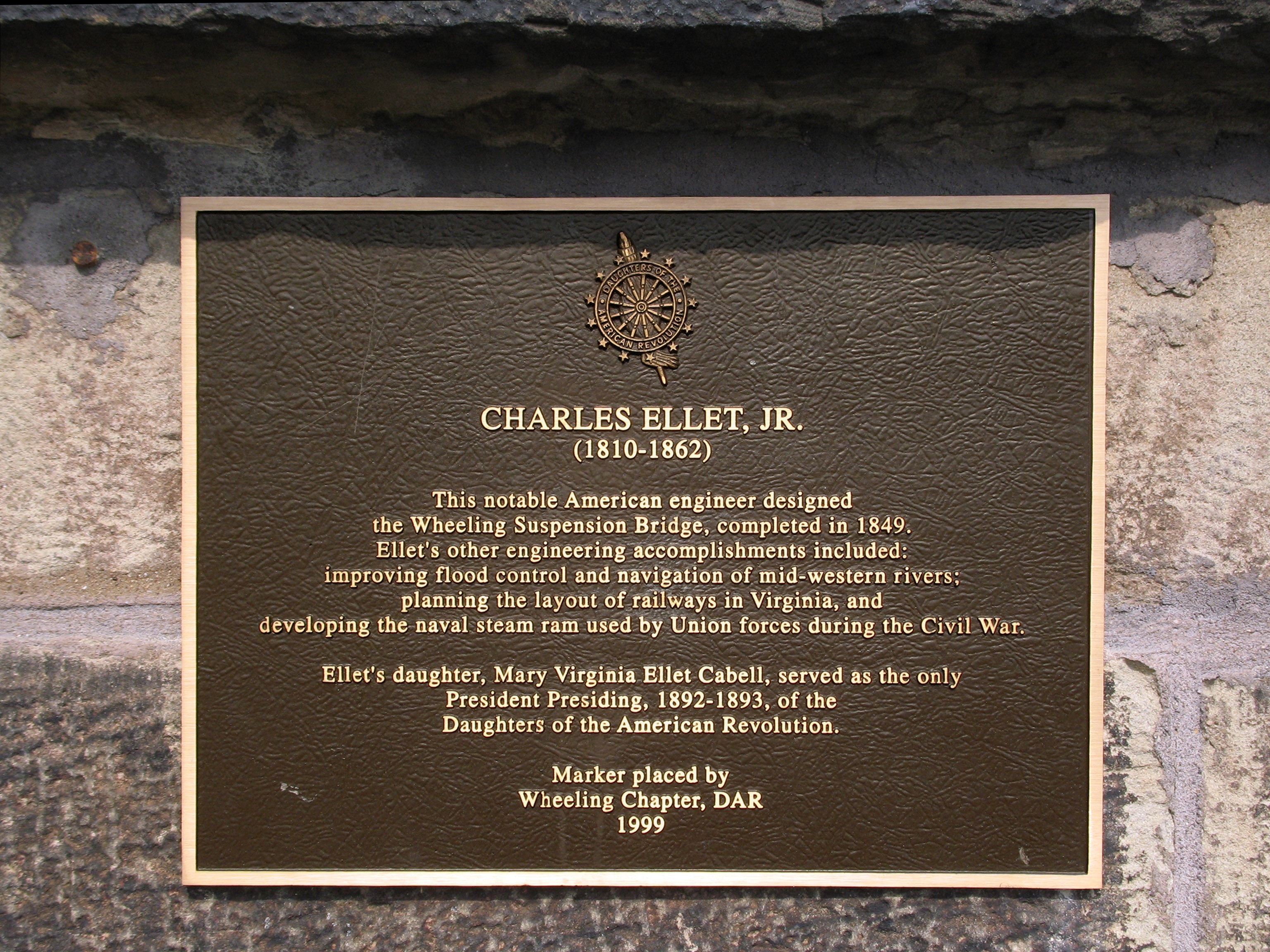 This notable American engineer designed the Wheeling Suspension Bridge, completed in 1849. Ellet’s other engineering accomplishments included: improving flood control and navigation of mid-western rivers; planning the layout of railways in Virginia, and developing the naval steam ram used by Union forces during the Civil War. Ellet’s daughter, Mary Virginia Ellet Cabell, served as the only President Presiding, 1892 – 1893, of the Daughters of the American Revolution.