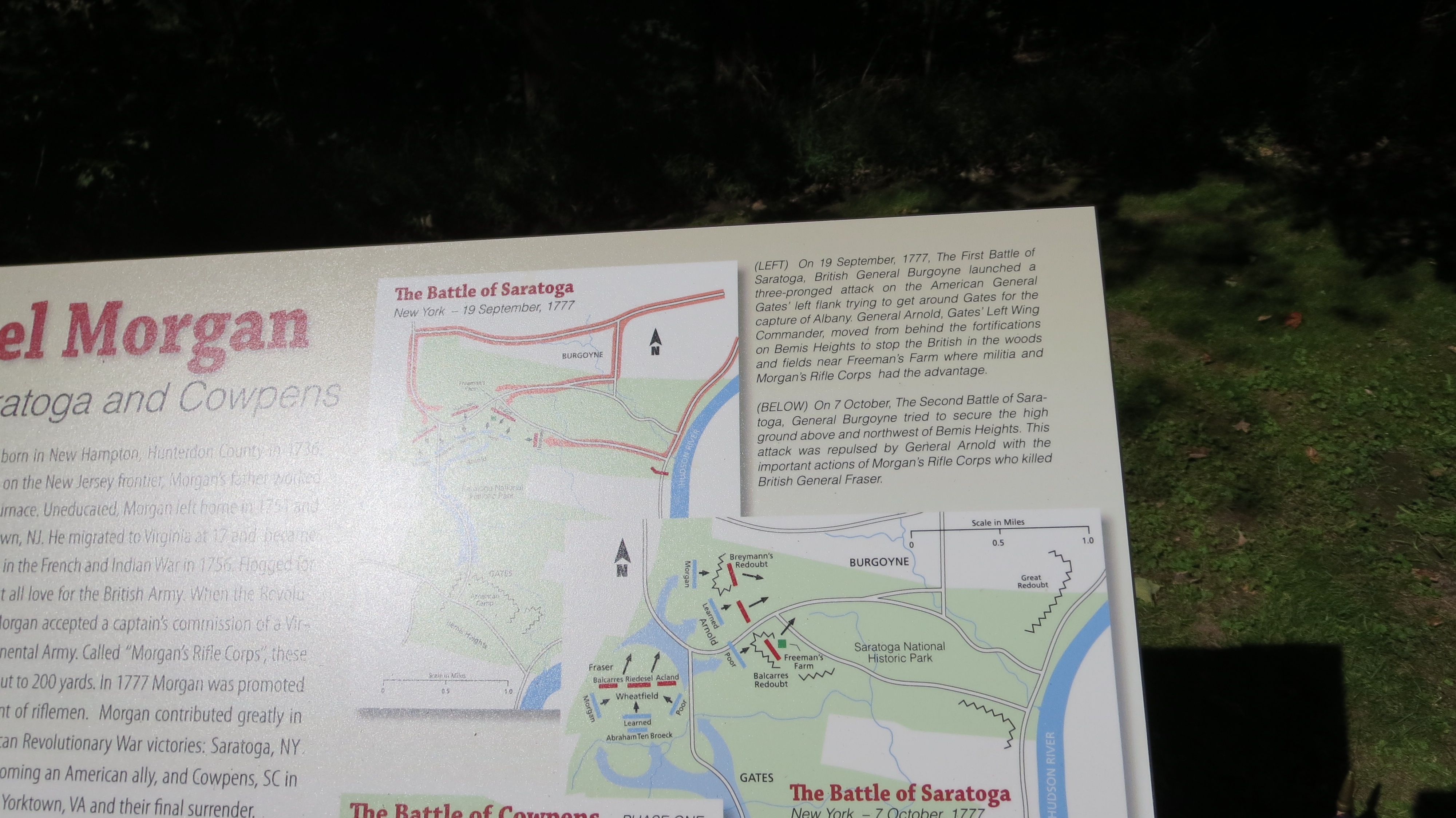 Photographer: Alan Edelson
Taken: September 26, 2013
Caption: The Battle of Saratoga - additional detail
Additional Description: (LEFT) On 19 September, 1777, The First Battle of Saratoga, British General Burgoyne launched a three-pronged attack on the American General Gates' left flank trying to get around Gates for the capture of Albany. General Arnold, Gates' Left Wing Commander, moved from behind the fortifications on Bemis Heights to stop the British in the woods and fields near Freeman's Farm where militia and Morgan;s Rifle Corps had the advantage. (Below) On 7 October, The Second Battle of Saratoga, General Burgoyne tried to secure the high ground above and northwest of Bemis Heights. This attack was repulsed by General Arnold and the important actions of Morgan's Rifle Corps who killed British General Fraser.
Submitted: September 26, 2013, by Alan Edelson of Union Twsp., New Jersey.
Database Locator Identification Number: p255208
File Size: 2.339 Megabytes