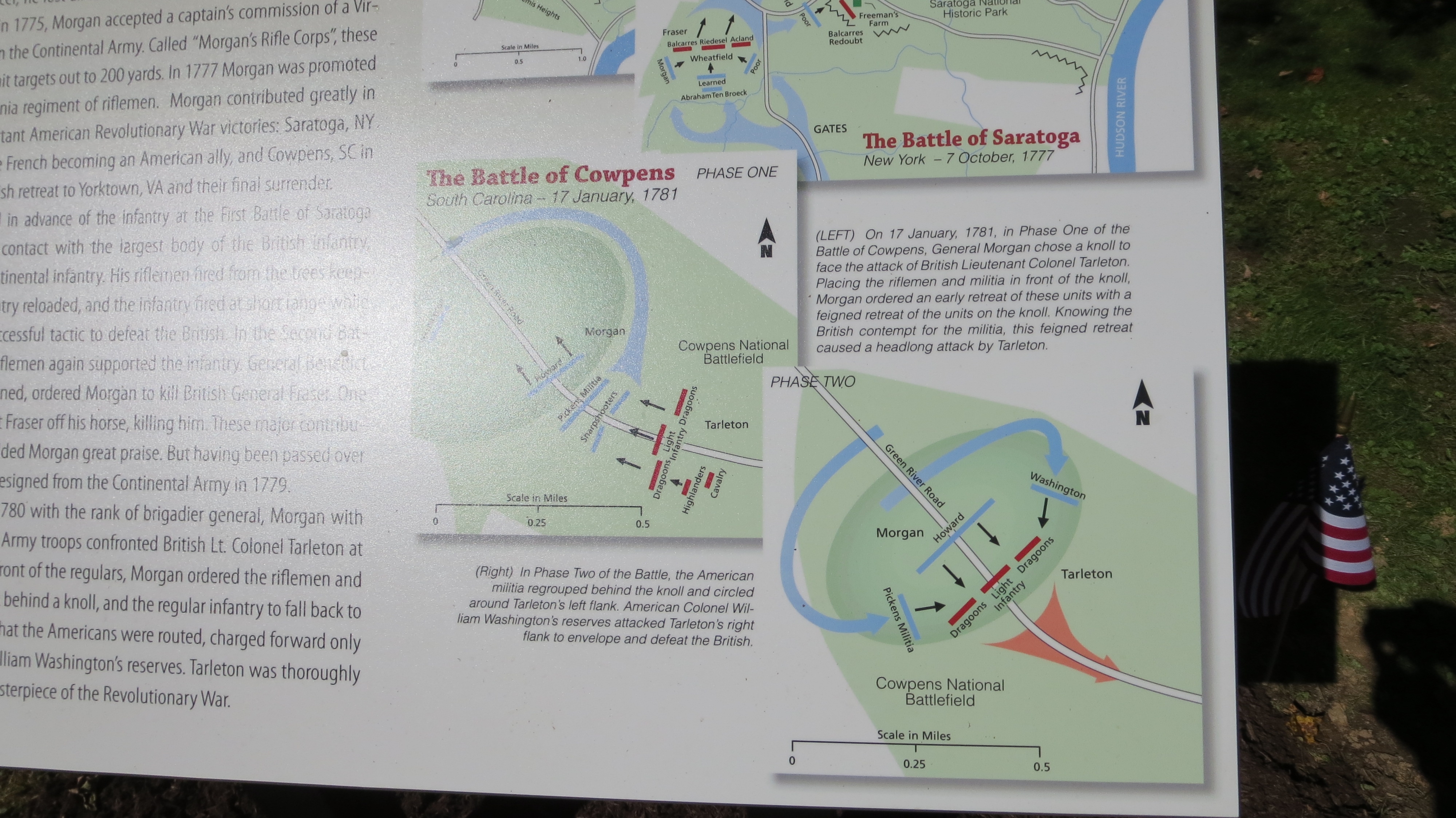 Photographer: Alan Edelson
Taken: September 26, 2013
Caption: The Battle of Cowpens - additional detail
Additional Description: (LEFT) On 17 January, 1781, in Phase One of the Battle of Cowpens, General Morgan chose a knoll to face the attack of British Lieutenant Colonel Tarleton. Placing the riflemen and militia in front of the knoll, Morgan ordered an early retreat of these units with a feigned retreat of the units on the knoll. Knowing the British contempt for the militia, this feigned retreat caused a headlong attack by Tarleton. (RIGHT) In Phase Two of the Battle, the American militia regrouped behind the knoll and circled around Tarleton's left flank. American Colonel William Washington's reserves attacked Tarleton's right flank to envelope and defeat the British.
Submitted: September 26, 2013, by Alan Edelson of Union Twsp., New Jersey.
Database Locator Identification Number: p255211
File Size: 2.590 Megabytes