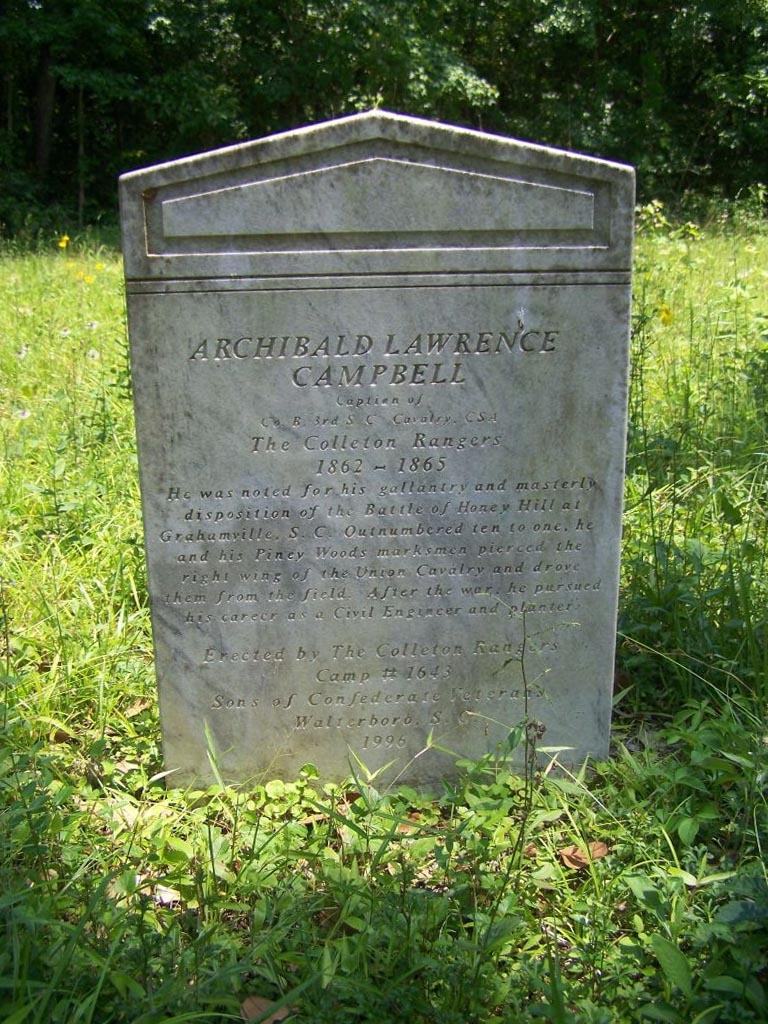 Photographer: Mike Stroud
Taken: June 2008
Caption: Another Notable grave at the Ruins of Pon Pon Chapel of Ease ,
Additional Description:
Archibald Lawrence Campbell
Captain of
Co. B 3rd S.C. Cavalry, CSA
The Colleton Rangers
1862 ~ 1865
He was noted for his gallantry and masterly
disposition of the Battle of Honey Hill at
Grahamville, S.C. Outnumbered ten to one, he
and his Piney Woods marksmen pierced the
right wing of the Union Cavalry and drove
them from the field. After the war, he persued
his career as a Civil Engineer and planter.