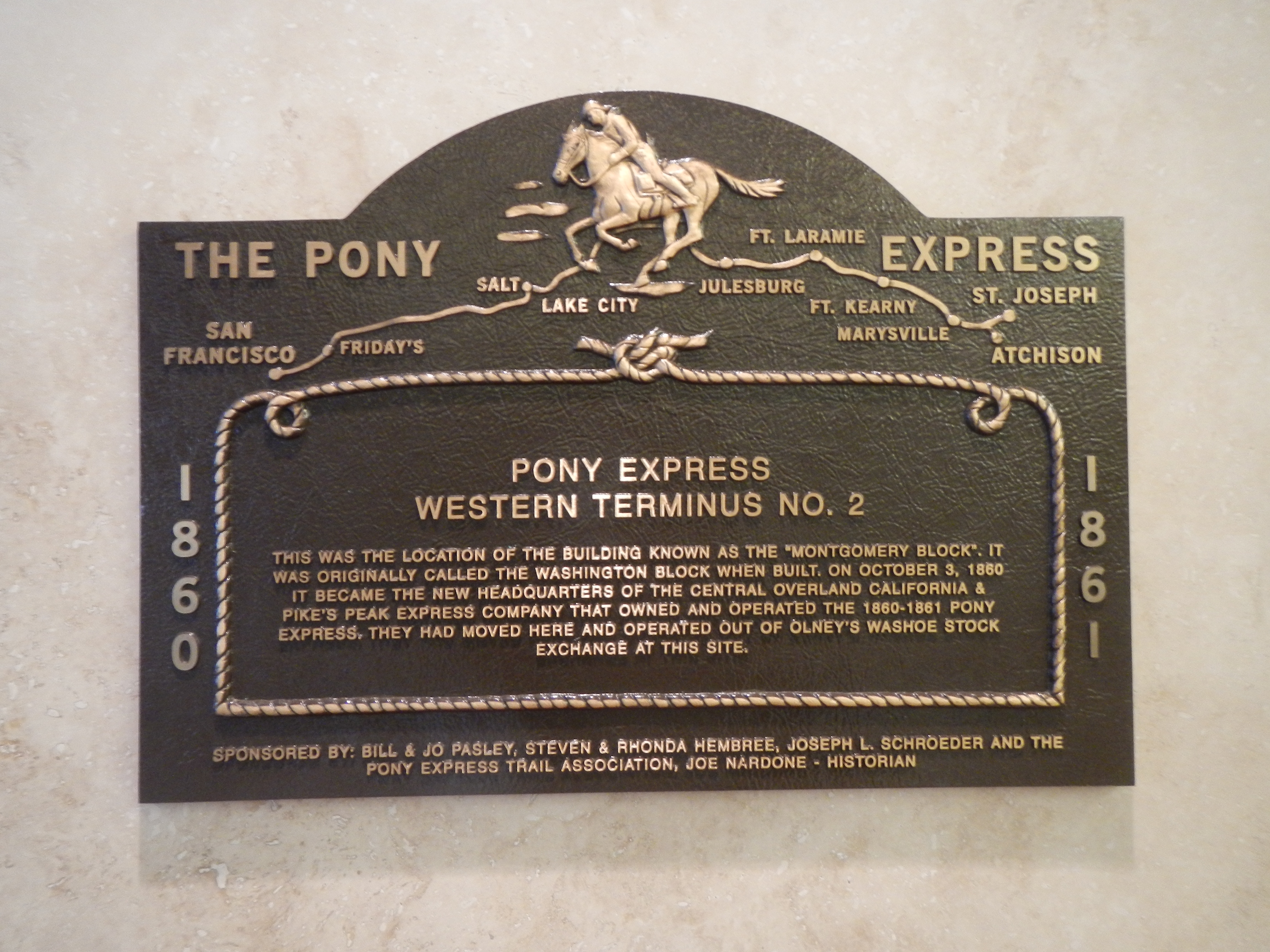 This was the location of the building known as the “Montgomery Block”. It was originally called the Washington Block when built. On October 3, 1860 it became the new headquarters of the Central Overland California & Pike’s Peak Express Company that owned and operated the 1860-1861 Pony Express. They had moved here and operated out of Olney’s Washoe Stock Exchange at this site.
Sponsored by Bill & Jo Pasley, Steven & Rhonda Hembree, Joseph L. Schroeder and the Pony Express Trail Association, Joe Nardone – Historian
Submitted: December 19, 2013, by Barry Swackhamer of Brentwood, California.
Database Locator Identification Number: p262734
File Size: 3.760 Megabytes