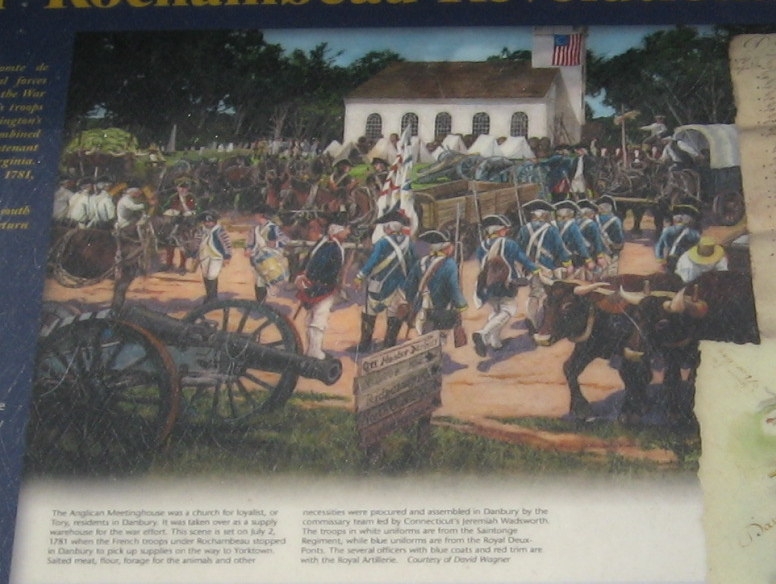 Photographer: Michael Herrick
Taken: March 22, 2014
Caption: Washington-Rochambeau Revolutionary Route Marker
Additional Description: ( detail from the marker)
The Anglican Meethinghouse was a church for loyalist, or Tory, residents in Danbury. It was taken over as a supply warehouse for the war effort. This scene is set on July 2, 1781 when the French troops under Rochambeau stopped in Danbury to pick up supplies on the way to Yorktown. Salted meat, flour, forage for the animals and other necessities were procured and assembled in Danbury by the commissary team led by Connecticut’s Jeremiah Wadsworth. The troops in white uniforms are from the Royal Deux-Ponts. The several officers with blue coats and red trim are with the Royal Artillerie. Courtesy of David Wagner
Submitted: March 24, 2014, by Michael Herrick of Southbury, Connecticut.
Database Locator Identification Number: p269099
File Size: 0.119 Megabytes