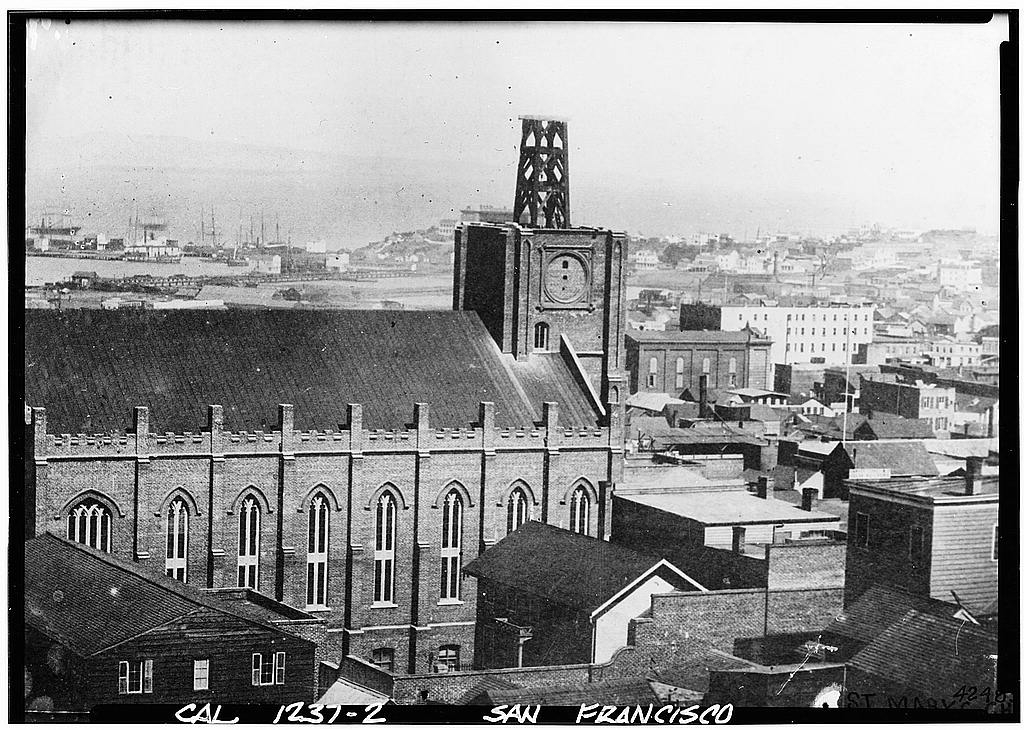 Photographer: George Robinson Fardon
Taken: 1854
Caption: Old St. Mary's - 1854
Additional Description: One of the 1850's commercial innovations in the developing field of photography was the publication of folios of photographs depicting a single city or region. G.R. Fardon arrived in San Francisco in 1849, and began photgraphing the rapidly developing city. Herre and Bauer published his photographs in the first compilation of photographs of any American city with their book, "San Francisco Album. Photographs of the Most Beautiful Views and Public Buildings of San Francisco.", in which this photo appeared.
Submitted: July 15, 2008, by Andrew Ruppenstein of Sacramento, California.
Database Locator Identification Number: p28275
File Size: 0.179 Megabytes