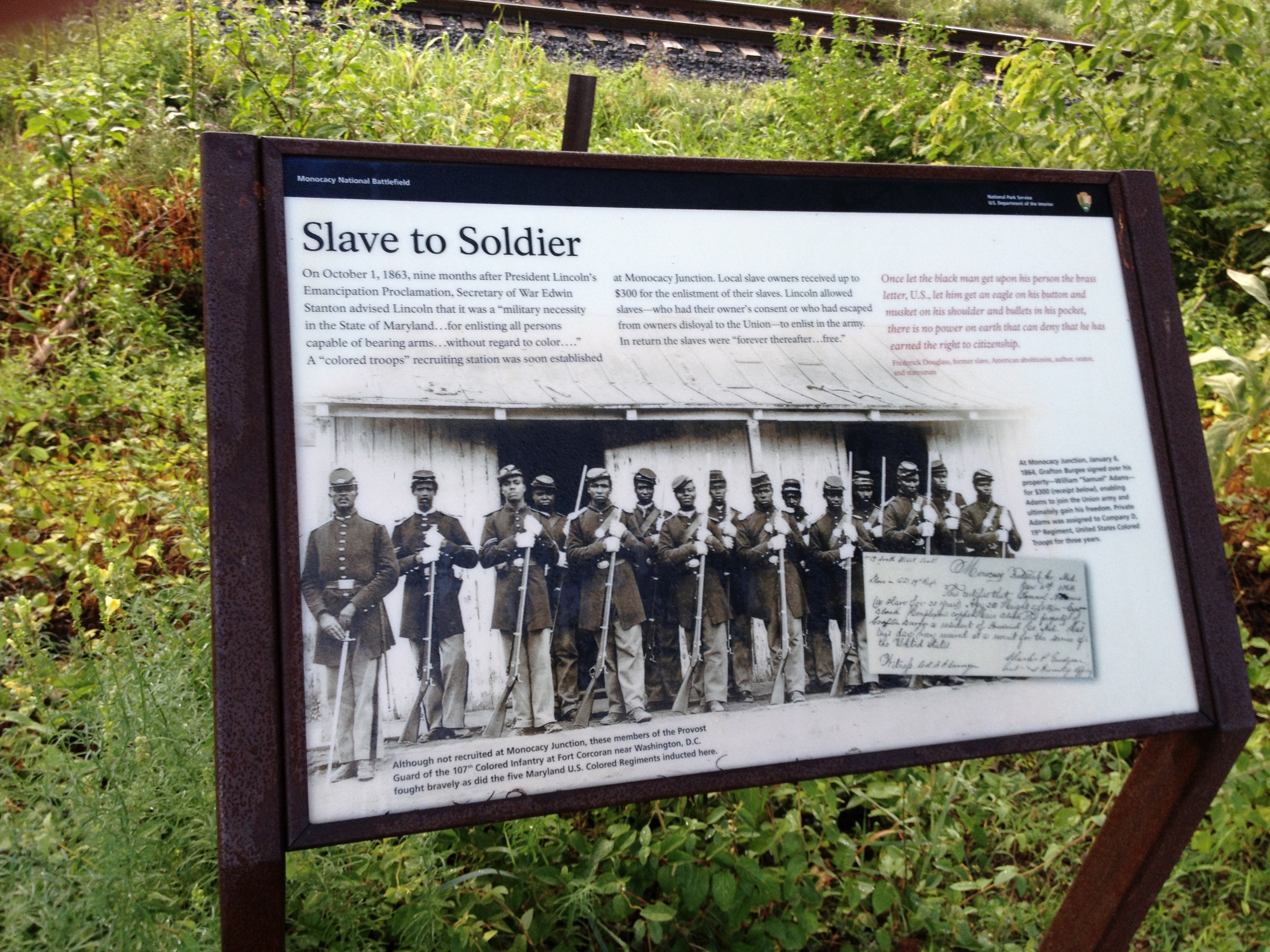 The background of the marker is a photograph captioned, "Although not recruited at Monocacy Junction, these members of the Provost Guard of the 107th Colored Infantry at Fort Corcoran near Washington, D.C. fought bravely as did the five Maryland U.S. Colored Regiments inducted here."
Submitted: August 31, 2014, by Craig Swain of Leesburg, Virginia.
Database Locator Identification Number: p284321
File Size: 3.222 Megabytes