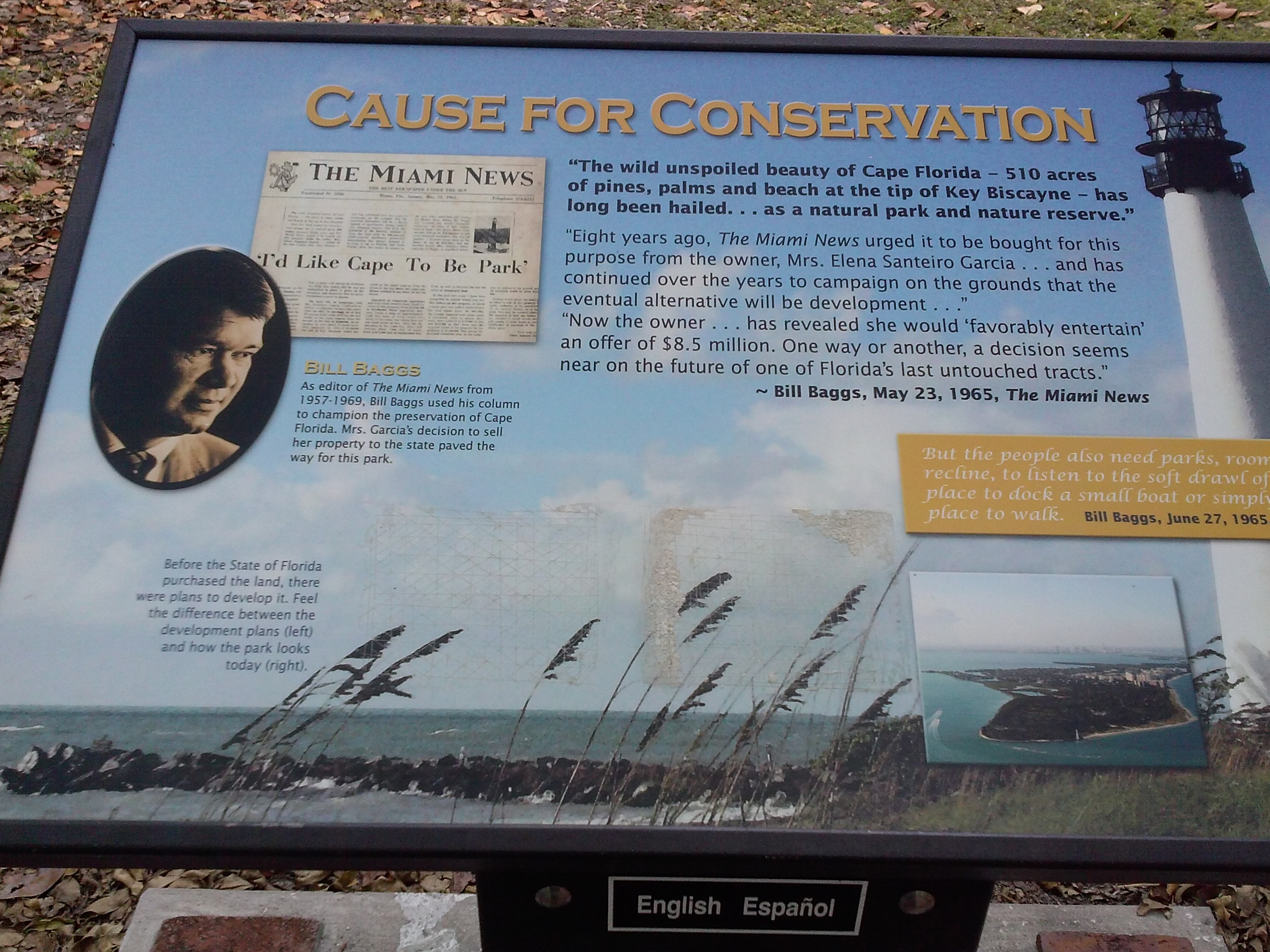 Photographer: Marsha A. Matson
Taken: December 2, 2014
Caption: Cause for Conservation marker
Additional Description: "The wild unspoiled beauty of Cape Florida - 510 acres of pines, palms, and beach at the tip of Key Biscayne - has long been hailed...as a natural park and nature reserve." "Eight years ago, The Miami News urged it to be bought for this purpose from the owner, Mrs. Elena Santeiro Garcia...and has continued over the years to campaign on the grounds that the eventual alternative will be development..." "Now the owner...has revealed she would favorably entertain an offer of $8.6 million. One way or another, a decision seems near on the future of one of Florida's last untouched tracts." Bill Baggs, May 23, 1965, The Miami News. But the people also need parks, room to recline, to listen to the soft drawl of a place to dock a small boat or simply a place to walk. Bill Baggs, June 27, 1965. Bill Baggs: As editor of the Miami News from 1957-1969, Bill Baggs used his column to champion the preservation of Cape Florida. Mrs. Garcia's decision to sell her property to the state paved the way for this park. Before the State of Florida purchased the land, there were plans to develop it. Feel the difference between the development plans (left) and how the park looks today (right).
Submitted: December 17, 2014, by Marsha A. Matson of Palmetto Bay, Florida.
Database Locator Identification Number: p295539
File Size: 1.556 Megabytes