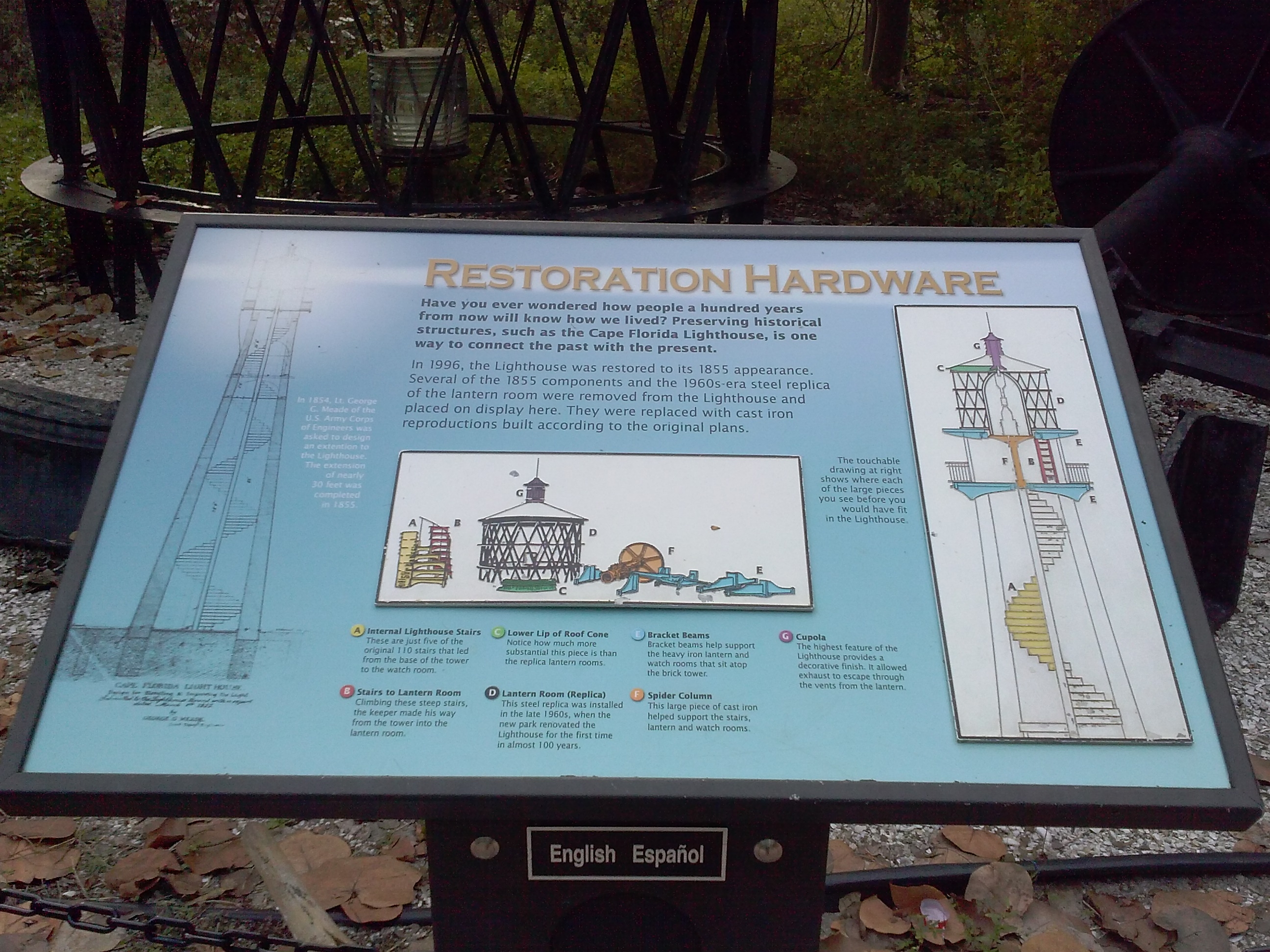 Photographer: Marsha A. Matson
Taken: December 2, 2014
Caption: Restoration hardware marker
Additional Description: Have you ever wondered how people a hundred years from now will know how we lived? Preserving historical structures, such as the Cape Florida Lighthouse, is one way to connect the past with the present. In 1996, the Lighthouse was restored to its 1855 appearance. Several of the 1855 components and the 1960s-era steel replica of the lantern room were removed from the Lighthouse and placed on display here. They were replaced with cast iron reproductions built according to the original plans.
Submitted: December 17, 2014, by Marsha A. Matson of Palmetto Bay, Florida.
Database Locator Identification Number: p295542
File Size: 1.555 Megabytes