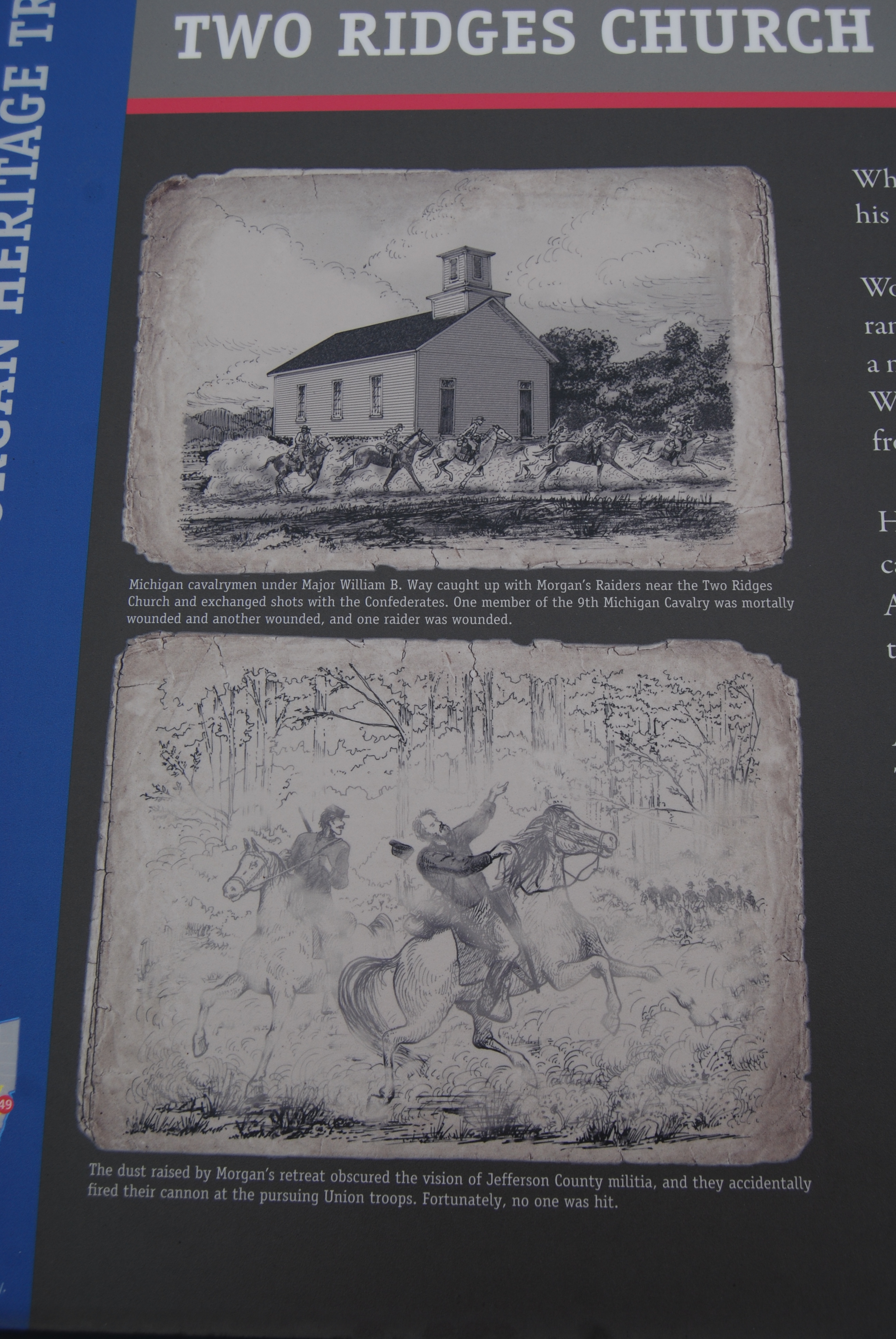 Photographer: Mike Wintermantel
Taken: December 21, 2014
Caption: Wintersville Marker
Additional Description: Top Photo
Michigan cavalrymen under Major William B. Way caught up with Morgan's Raiders near the Two Ridges Church and exchanged shots with the Confederates. One member of the 9th Michigan Cavalry was mortally wounded and another wounded, and one raider was wounded.