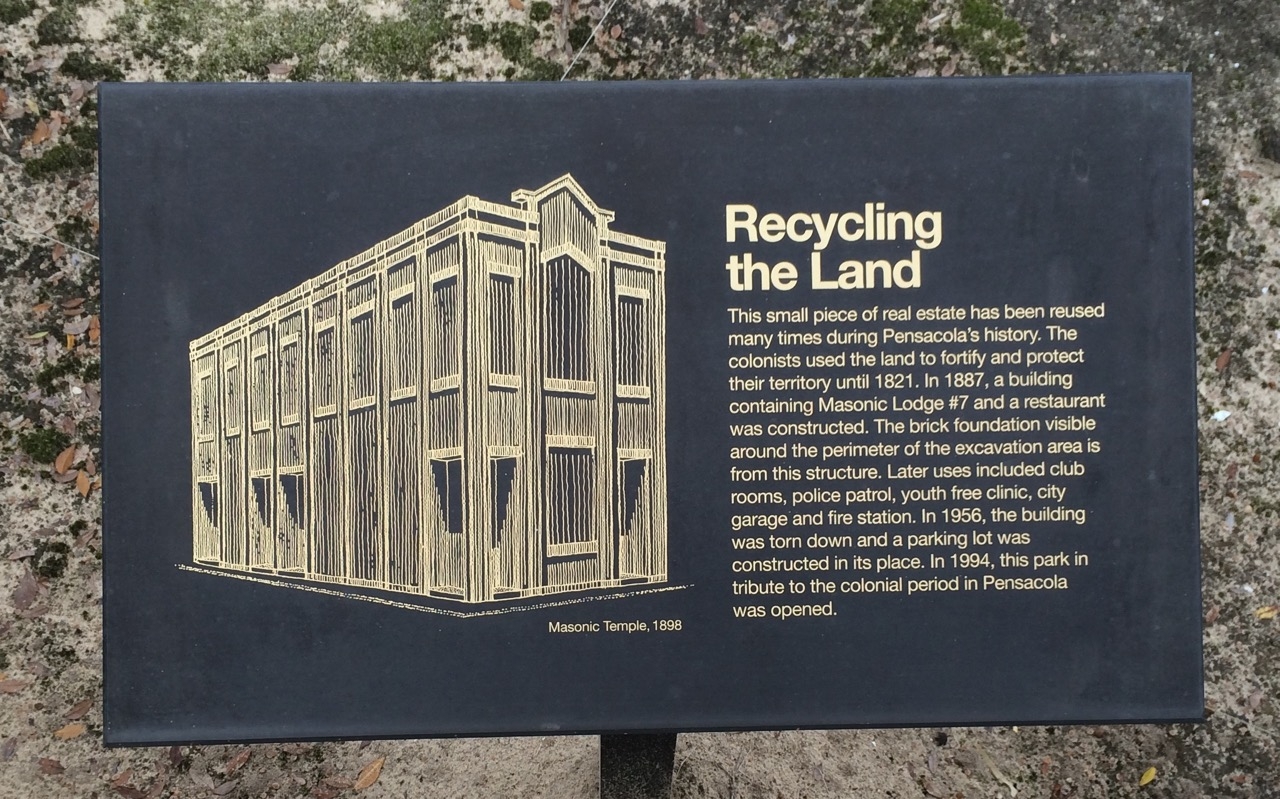 Photographer: Mark Hilton
Taken: January 1, 2015
Caption: Recycling the Land
Additional Description: This small piece of real estate has been reused many times during Pensacola history. The colonists used the land to fortify and protect their territory until 1821, In 1887, a building containing Masonic Lodge #7 and a restaurant was constructed. The brick foundation visible around the perimeter of the excavation area is from this structure. Later uses included club rooms, police patrol, youth free clinic, city garage and fire station. In 1956, the building was torn down and a parking lot was constructed in its place. In 1994, this park in tribute to the colonial period in Pensacola was opened.
Submitted: January 7, 2015, by Mark Hilton of Montgomery, Alabama.
Database Locator Identification Number: p297722
File Size: 0.380 Megabytes