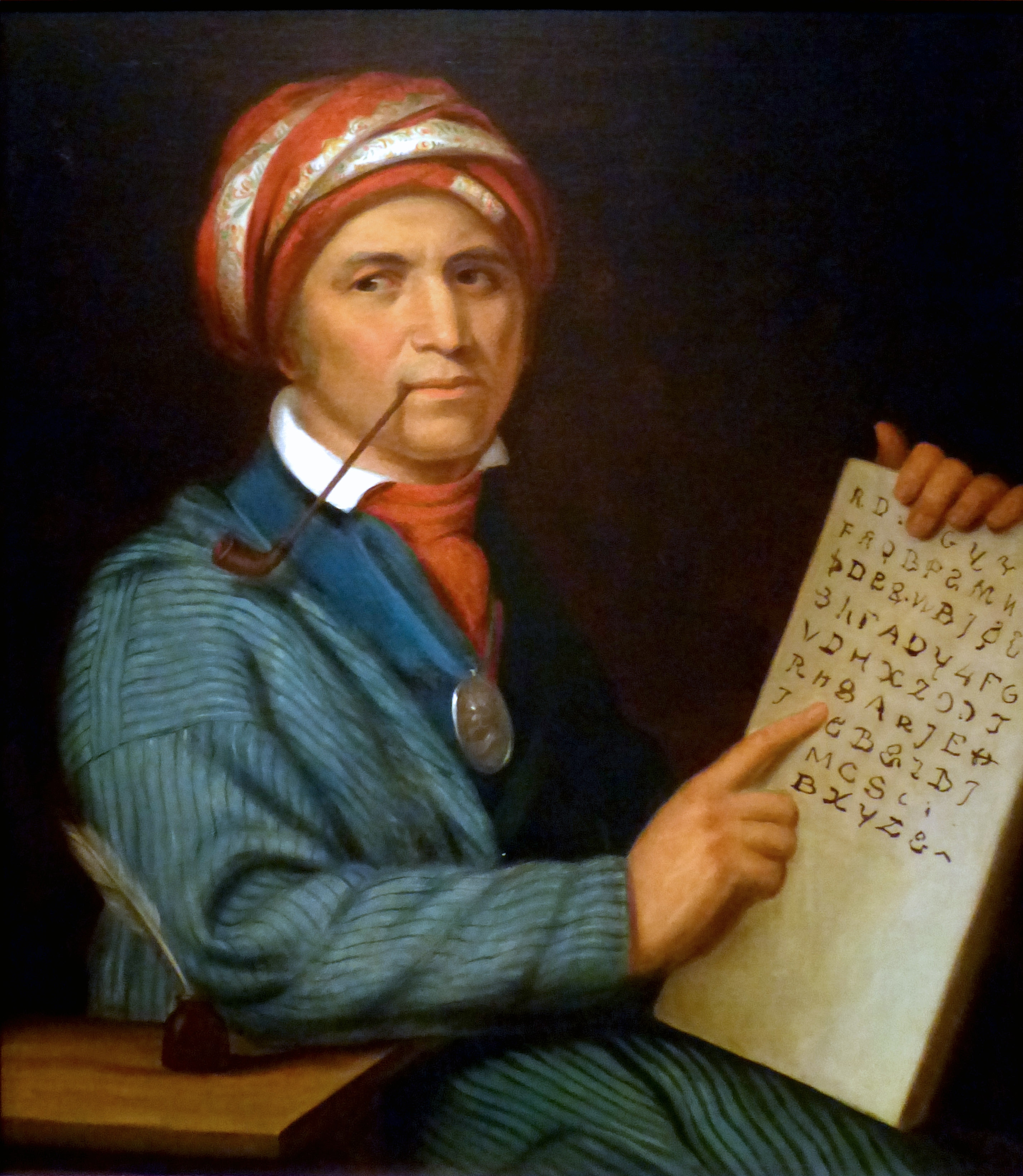 “Born Cherokee town of Tuskegee, eastern Tennessee Sequoyah, the son of a Cherokee chief's daughter and a fur trader from Virginia, was a warrior and hunter and, some say, a silversmith. For twelve years he worked to devise a method of writing for the Cherokee language. His syllabary of eighty-five symbols representing vowel and consonant sounds was approved by the Cherokee chiefs in 1821. The simple utilitarian system made possible a rapid spread of literacy throughout the Cherokee nation. Medicine men set down ceremonies for healing, divination, war, and traditional ball games; missionaries translated hymns and the New Testament into the native language; and in 1828 the Cherokee Phoenix, a weekly bilingual newspaper, began publication at New Echota, Georgia.” — National Portrait Gallery
Submitted: April 13, 2015, by Allen C. Browne of Silver Spring, Maryland.
Database Locator Identification Number: p305258
File Size: 1.435 Megabytes