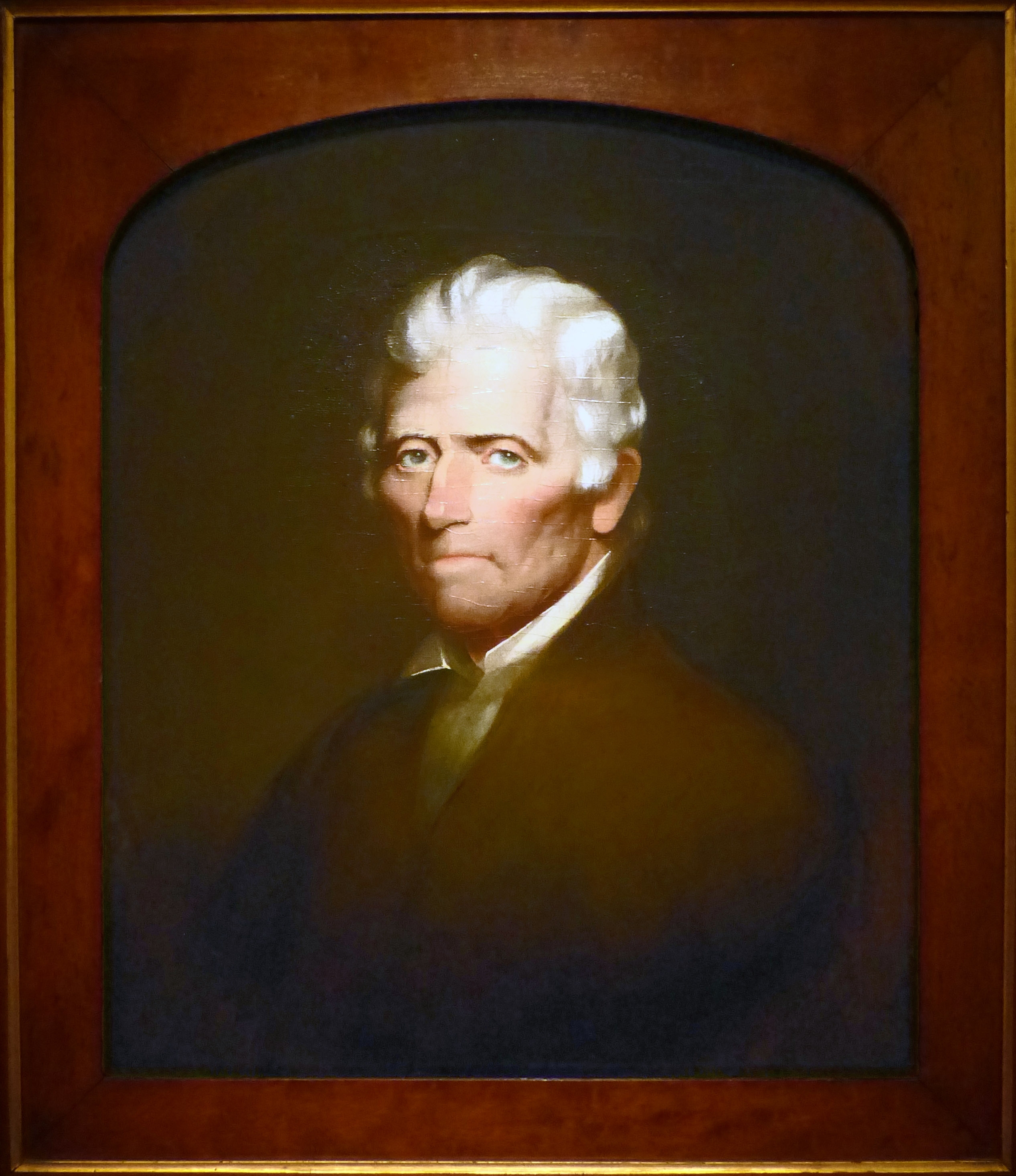 “When historian Frederick Jackson Turner formulated his ‘Frontier Thesis” to explain American history and character, he began the progress of settlement with the ‘Lone Scout,’ a harbinger of the civilization to follow. For this concept, Turner likely had Daniel Boone in mind. Boone spent his life pushing westward, always dissatisfied with where he was and always moving on; he ended up in Kentucky, opening that area for white settlement. One reason Boone kept moving was that when the government caught up with him on the trail he had blazed, it usually voided his land claims and expelled him. Although the reality of Boone's career did not embody the romantic legends that others applied to it, the persistence of Boone as a symbol indicates how strongly the idea of the lone frontiersman has shaped American consciousness and history.” — National Portrait Gallery.
Submitted: May 7, 2015, by Allen C. Browne of Silver Spring, Maryland.
Database Locator Identification Number: p307424
File Size: 0.915 Megabytes