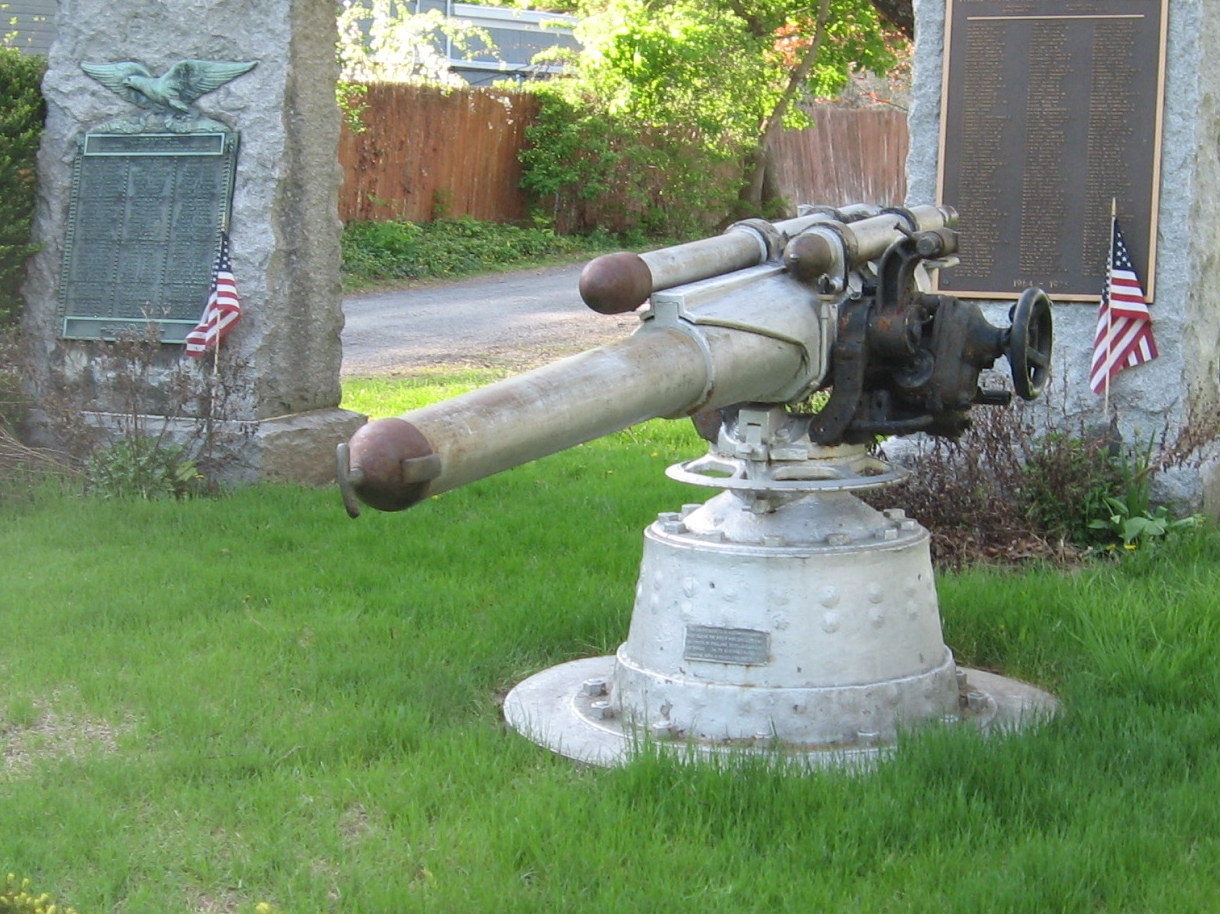 Photographer: Michael Herrick
Taken: May 7, 2015
Caption: World War I German Submarine Deck Gun
Additional Description:
(plaque attached to the base)
This gun was mounted on a German submarine which, during the World War, operated off the coasts of England, Scotland, Ireland and France. On its several cruises this submarine sank 14 vessels of the Allies.
Submitted: May 15, 2015, by Michael Herrick of Southbury, Connecticut.
Database Locator Identification Number: p307975
File Size: 0.318 Megabytes