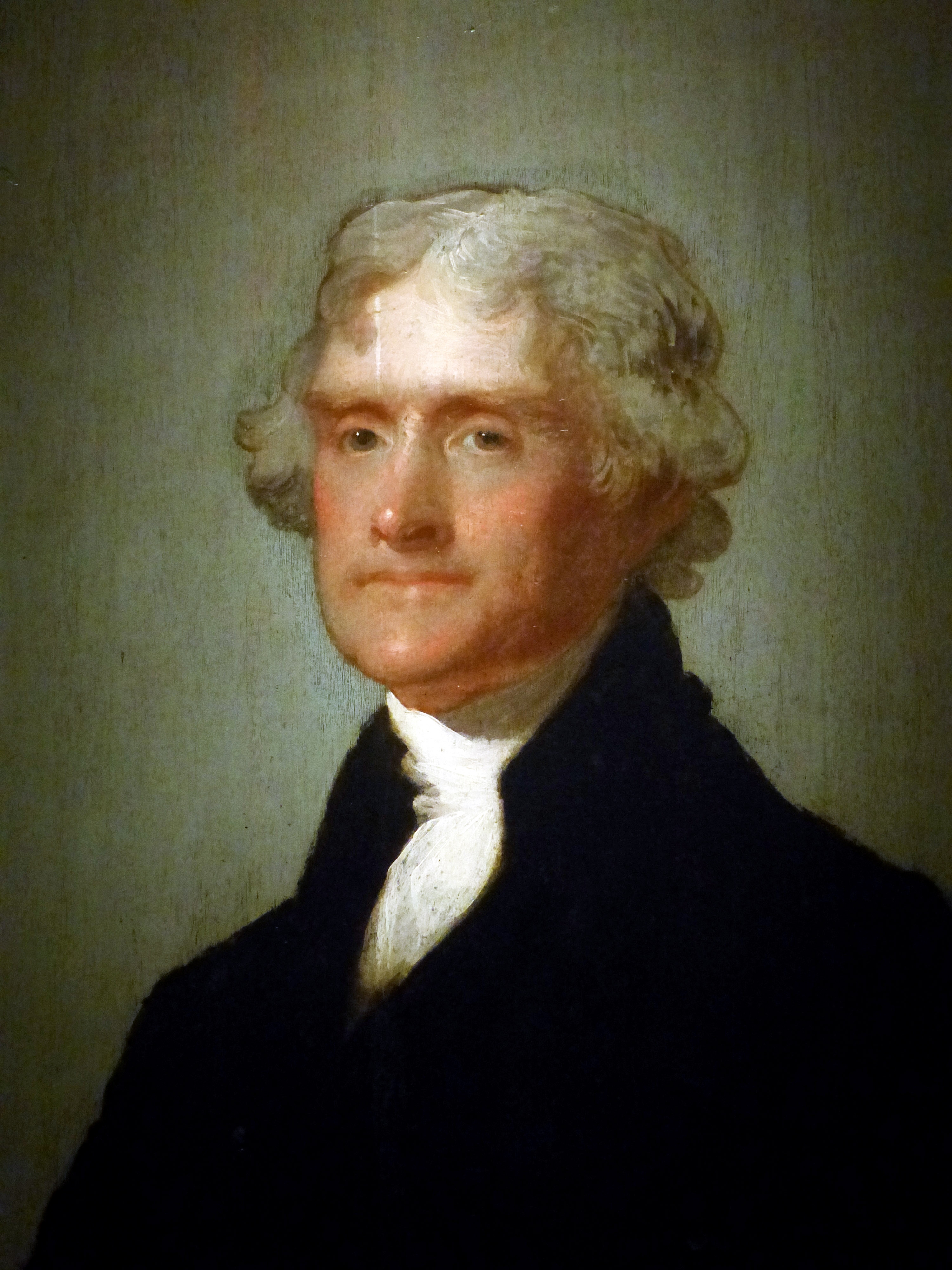 “Thomas Jefferson's tombstone notes, by his own instruction, that he authored the Declaration of Independence, founded the University of Virginia, and was responsible for Virginia's Statute for Religious Freedom. But it fails to mention that this philosopher inventor, and scientist was also president of the United States. This does not mean that his administration lacked significance. During Jefferson's presidency, the nation acquired from France the vast wilderness known as the Louisiana Purchase and successfully stood its ground against extortion attempts from Barbary Coast pirates in the Mediterranean. These early successes, however, paled in comparison to the wrath later heaped on Jefferson in the wake of the economically disastrous trade embargo he imposed in response to British and French interference with U. S. shipping. A beleaguered Jefferson ended his presidency by calling it a best-forgotton ‘splendid misery.’

Gilbert Stuart was not only early America's most admired portraitist but also an eccentric known for procrastinating. After sitting for this portrait in 1805, Jefferson had to wait sixteen years before it was finally delivered. ” — National Portrait Gallery
Submitted: May 26, 2015, by Allen C. Browne of Silver Spring, Maryland.
Database Locator Identification Number: p309460
File Size: 1.688 Megabytes