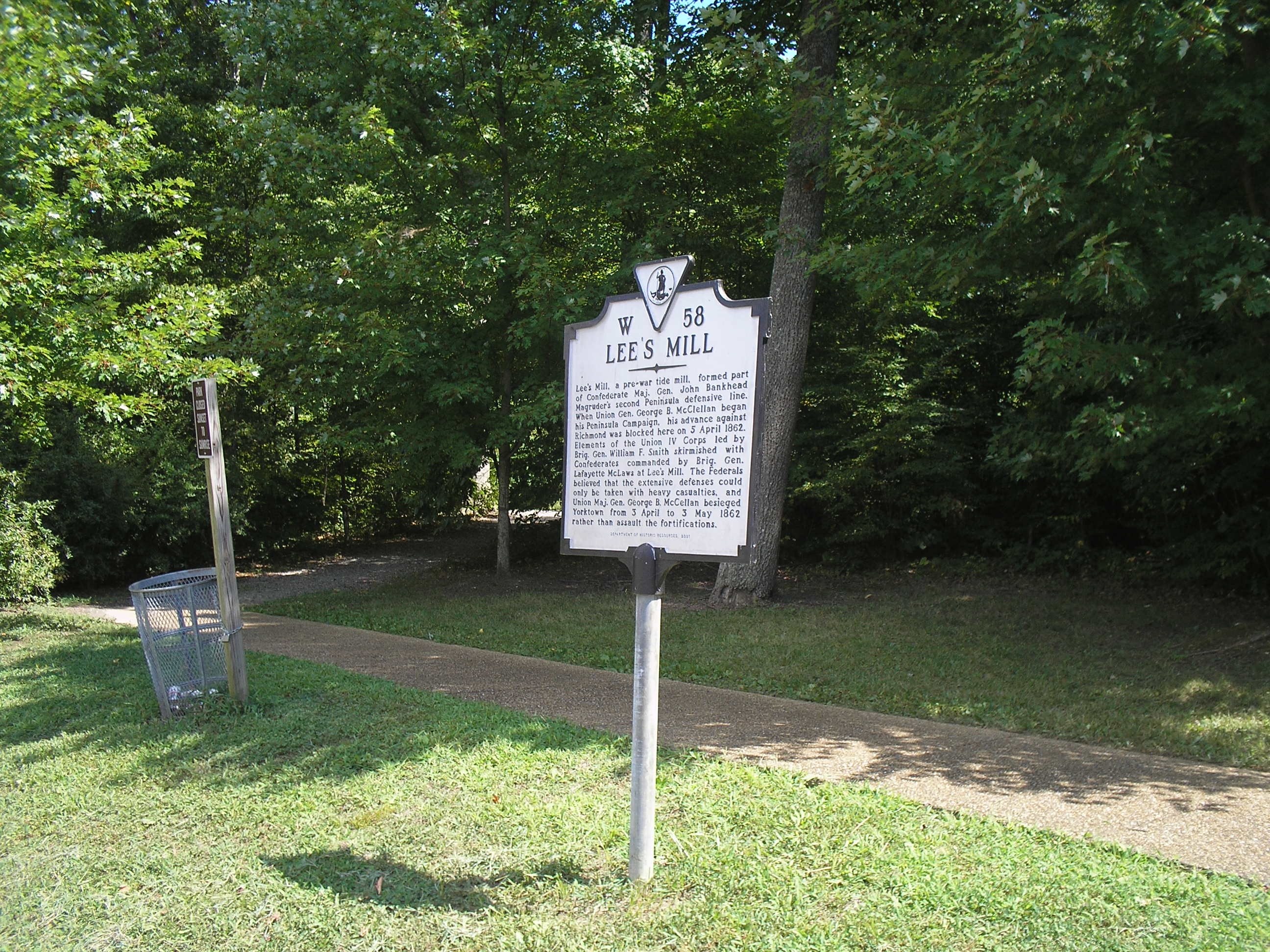 Photographer: Bill Coughlin
Taken: August 11, 2008
Caption: Marker in Lee’s Mill Historic Park
Additional Description: This site was the scene of an engagement on April 5, 1862 between advancing Union troops and entrenched Confederates. The earthworks here were so intimidating to the Federals that their strategy was switched from an attack to a siege.
Submitted: August 13, 2008, by Bill Coughlin of North Arlington, New Jersey.
Database Locator Identification Number: p31493
File Size: 0.846 Megabytes