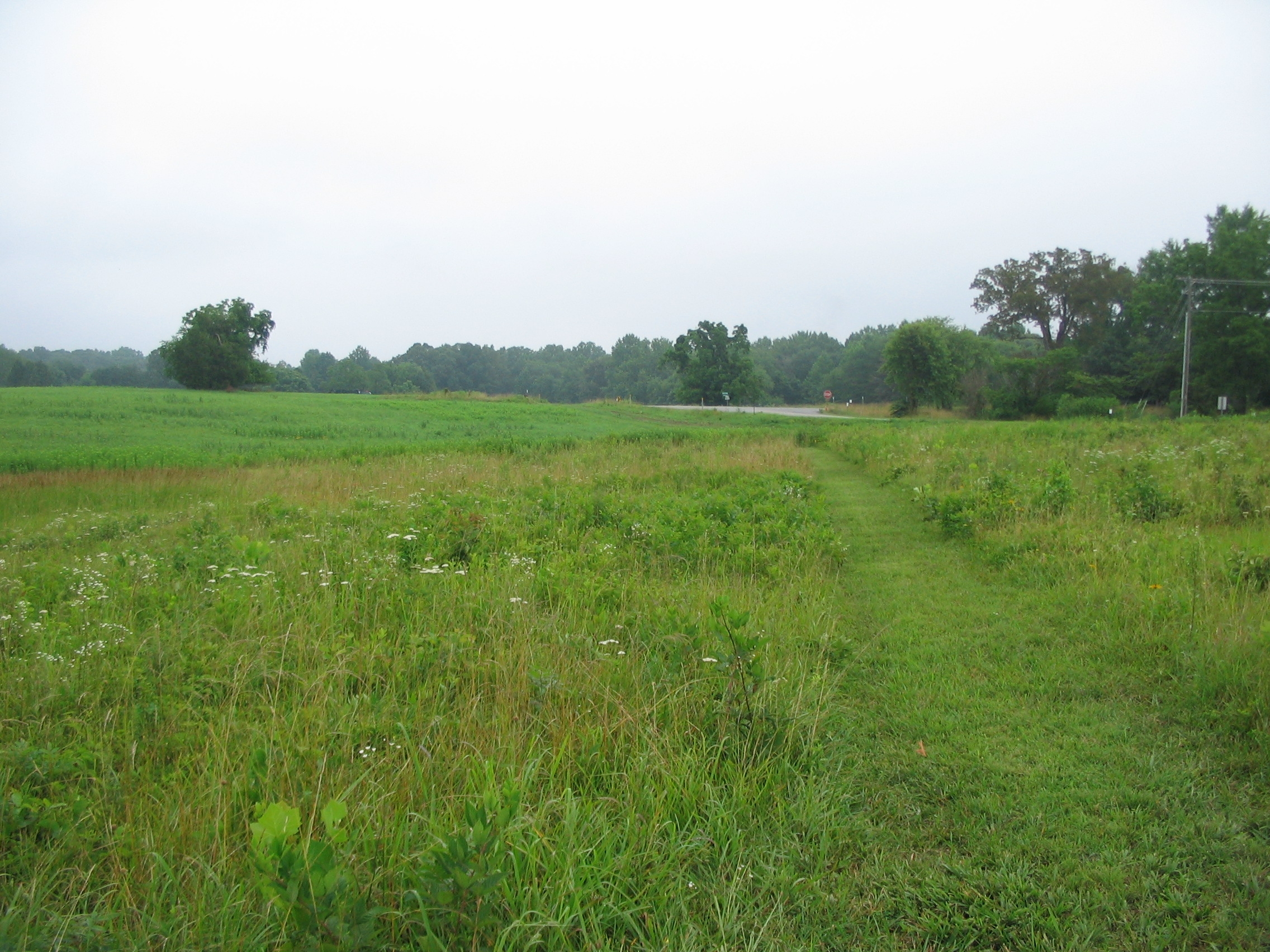 Photographer: Craig Swain
Taken: July 6, 2008
Caption: Valuable Intersection
Additional Description: Looking from a park trail along Block House Road to the north. The "Y" intersection in the distance is modern Block House Road and Brock Roads. At the time of the battle, this intersection allowed passage between two parallel routes into Spotsylvania Court House. By holding this intersection, Anderson's Corps prevented the Federals from turning around the Confederate flank and getting between Lee's army and Richmond.
Submitted: August 13, 2008, by Craig Swain of Leesburg, Virginia.
Database Locator Identification Number: p31523
File Size: 1.154 Megabytes