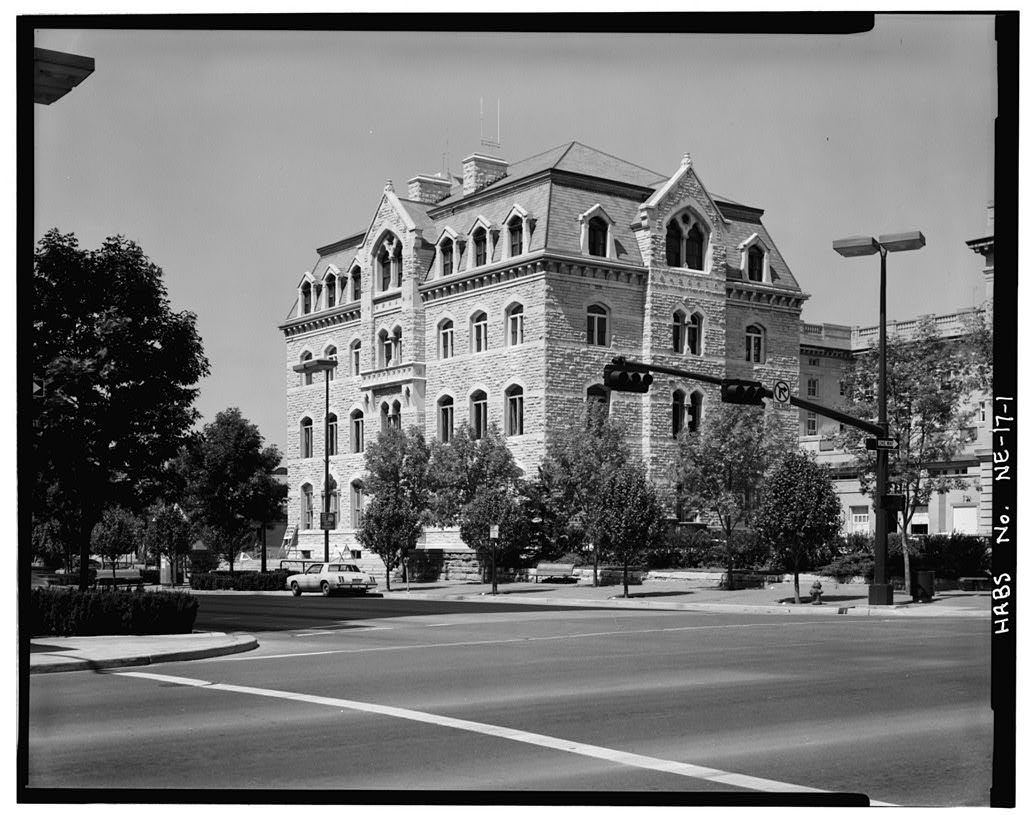 Photographer: David Murphy
Taken: 1981
Caption: VIEW OF THE SOUTH AND EAST FRONTS,LOOKING NORTHWEST - Lincoln City Hall, 916 "O" Street
Additional Description: Significance: Lincoln's Old City Hall is architecturally significant as a notable product of the "Grant era" and as an unusual fusion of Victorian Gothic and Second Empire elements, typifying in an important measure the manner in which Federal architecture was created in the nineteenth century. Historical significance is derived from the prominent stature given to early Lincoln by the Federal government when it constructed this edifice as a United States Post Office and Courthouse: the completed structure cost about $200,000 a large Federal expenditure on a community with an 1875 population of only 7,000. The building is associated with an event that significantly contributed to the history of Nebraska, for between 1879-1906 it housed a U.S. Land Office at which over five million acres of land in the southern part of the state were claimed under the Homestead Act. The building is also rendered historical significance through its having been the first city hall of Lincoln and for housing the municipal government during a 62-year period that witnessed the population triple (43,973 in 1910; 149,518 in 1970). Significance is also derived from the building's association with two prominent 19th-century American architects: Alfred B. Mullett and William A. Potter. - Historic American Buildings Survey
Submitted: August 28, 2015.
Database Locator Identification Number: p325493
File Size: 0.148 Megabytes