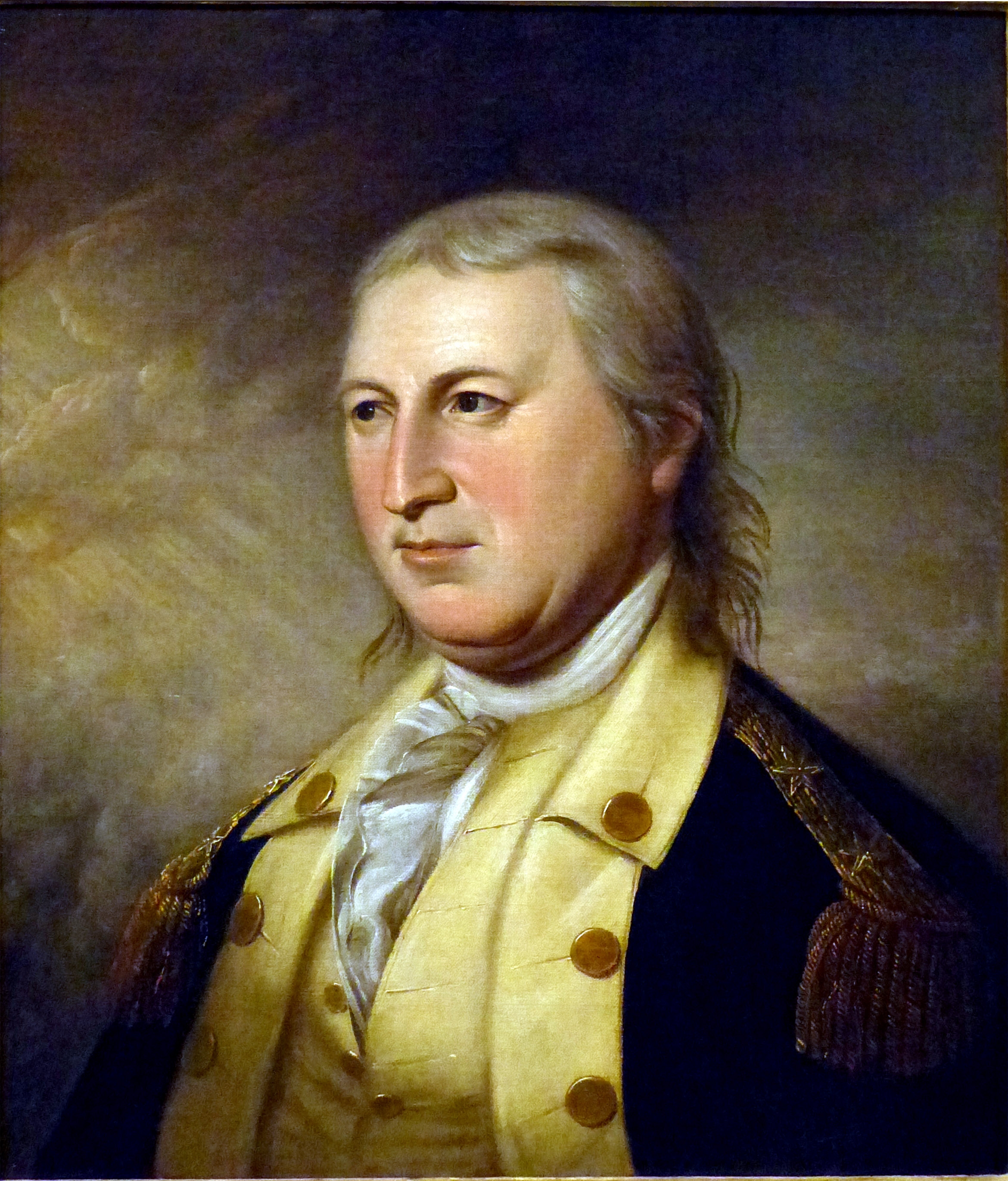 “Horatio Gates, a professional soldier in the British army, fought in the French and Indian War and rose to the rank of major before peace put an end to his advancement. In 1772 he sold his commission and purchased a farm in Virginia. Upon the outbreak of war with England, Congress promptly appointed him a brigadier general in the Continental army.

Gates was awarded a congressional gold medal for his "brave and successful efforts" to bring about the surrender of General John Burgoyne and his whole army at Saratoga in September 1777. But his reputation was ruined by his ignominious defeat at Camden in 1780. ‘Was there ever so precipitate a flight,’ jested Alexander-Hamilton about Gates's hasty retreat. ‘It does admirable credit to the activity of a man at his time of life.’” — National Portrait Gallery
Submitted: August 30, 2015, by Allen C. Browne of Silver Spring, Maryland.
Database Locator Identification Number: p325907
File Size: 1.289 Megabytes