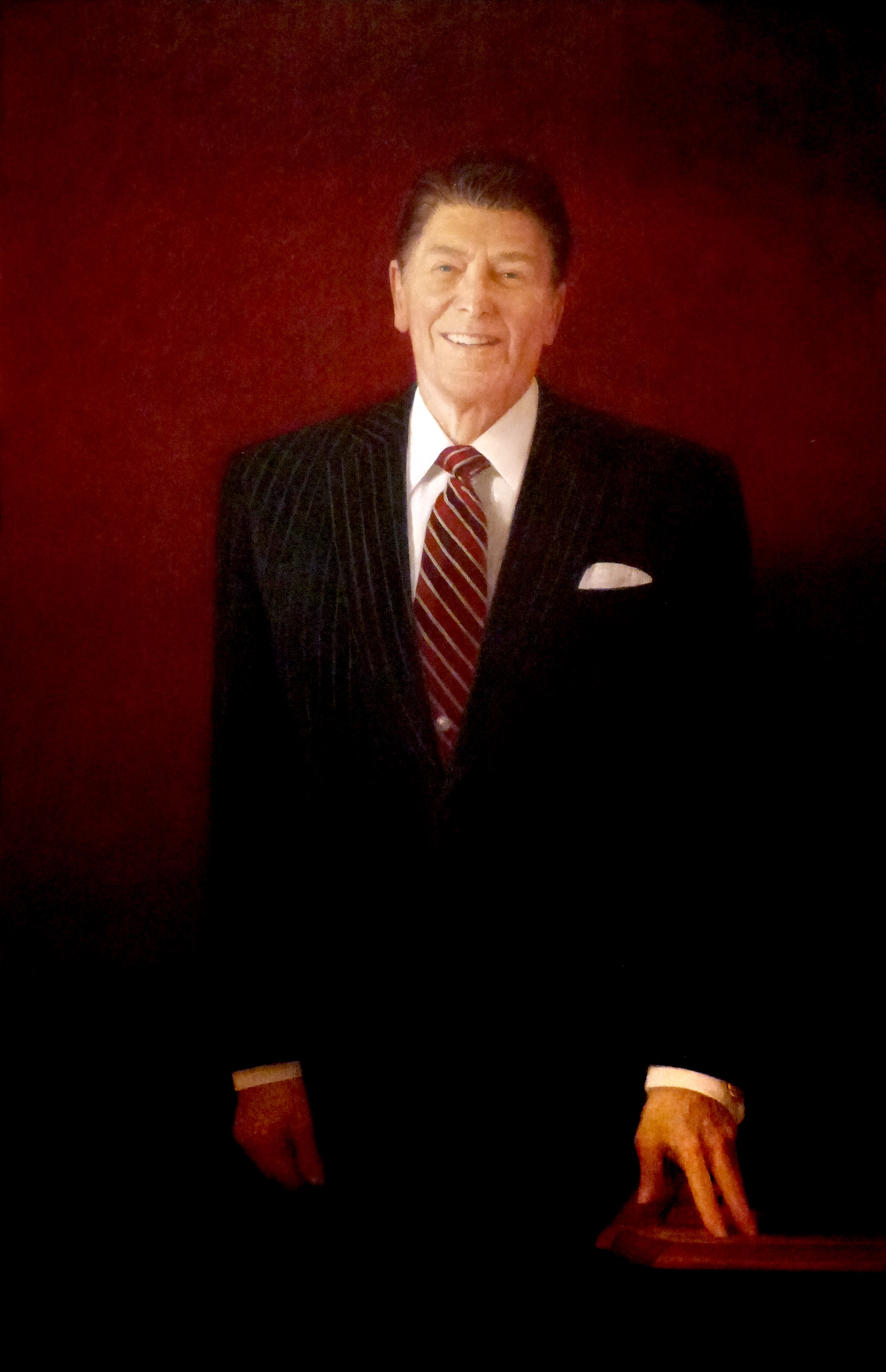 This portrait is based on some thirty studies that artist Henry Casselli made of Reagan over four days at the White House in late 1988. Commissioned with the National Portrait Gallery in mind, the finished picture arrived at the White House the following January for presidential inspection. When Reagan saw it he exclaimed, ‘Yep! That's the old buckaroo.’” — National Portrait Gallery
Submitted: September 22, 2015, by Allen C. Browne of Silver Spring, Maryland.
Database Locator Identification Number: p329990
File Size: 0.949 Megabytes