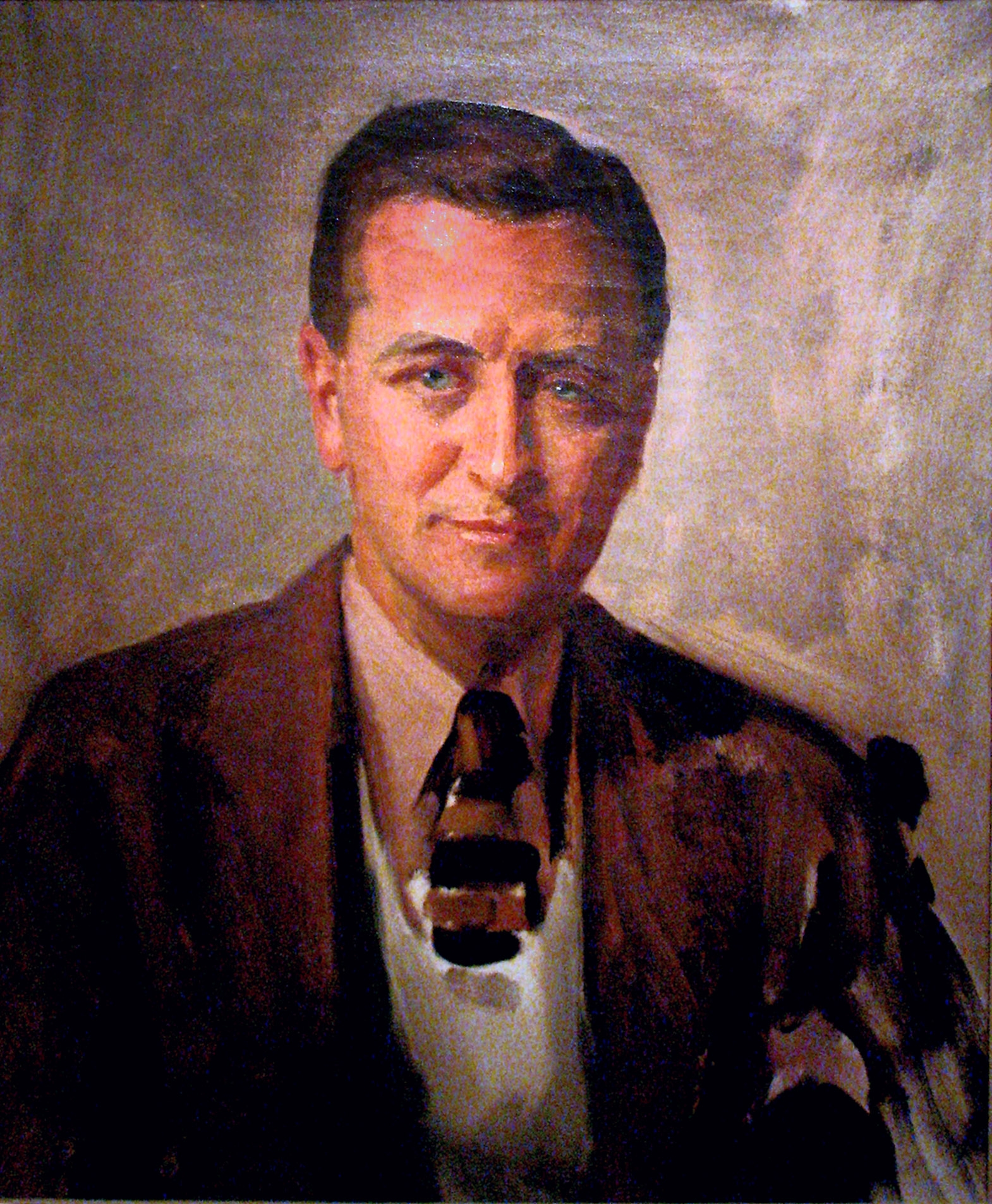 “It was F. Scott Fitzgerald who named the self­indulgent 1920s the Jazz Age, and his best-selling novel This Side of Paradise became one of the decade's first literary landmarks. But his most enduring achievement was The Great Gatsby (1925), which, in meticulously crafted prose, wove a modern morality tale set against a backdrop of luxury. Fitzgerald and his talented wife, Zelda, experienced — in New York, Paris, and Hollywood­ some of the glamorous life he evoked. But struggling with financial disappointments, alcoholism, and Zelda's mental illness, Fitzgerald also probed the destructive underside of the era's bright illusions. When he met artist David Silvette in 1935, Fitzgerald was suffering from an emotional breakdown. He agreed to pose, however, and considered this a swell portrait. His career as chronicler of the dreams and disappointments of contemporary life was cut short by his death five years later.” — National Portrait Gallery
Submitted: October 12, 2015, by Allen C. Browne of Silver Spring, Maryland.
Database Locator Identification Number: p333215
File Size: 0.876 Megabytes