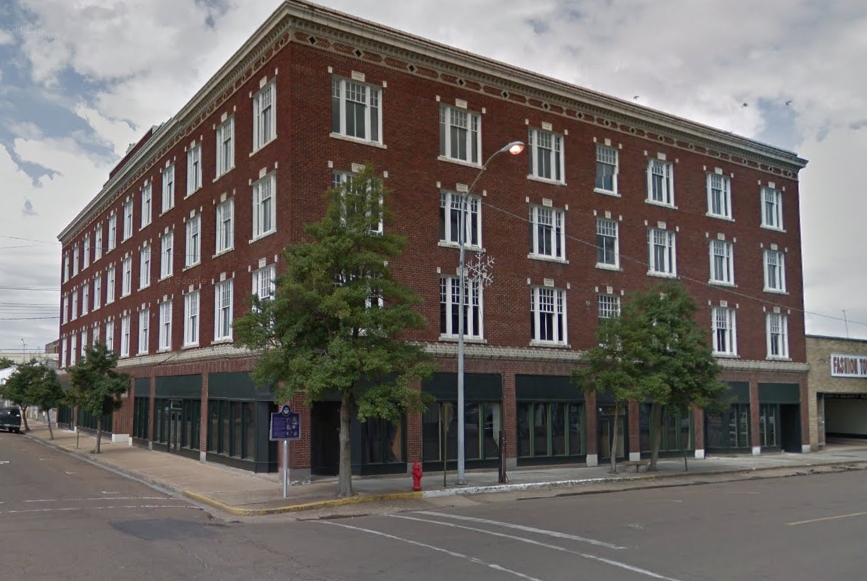 Photographer: Google Street View
Caption: New Alcazar Hotel - Former WROX Radio location
Additional Description: The New Alcazar Hotel was built in 1915. The building was designed by Charles O. Pfeil in a Classical Revival style. In earlier years the hotel also was the host to the local radio station WROX, a station where many blues artist got their start. While WROX was located at the Alcazar a young boy, Ike Turner, was the elevator operator. He became fascinated by the operation of the radio station and soon at the the age of eight, he began to spin records for the station. This early exposure was Ike Turner's start in his music career.
Submitted: October 28, 2015, by Mark Hilton of Montgomery, Alabama.
Database Locator Identification Number: p335741
File Size: 0.861 Megabytes