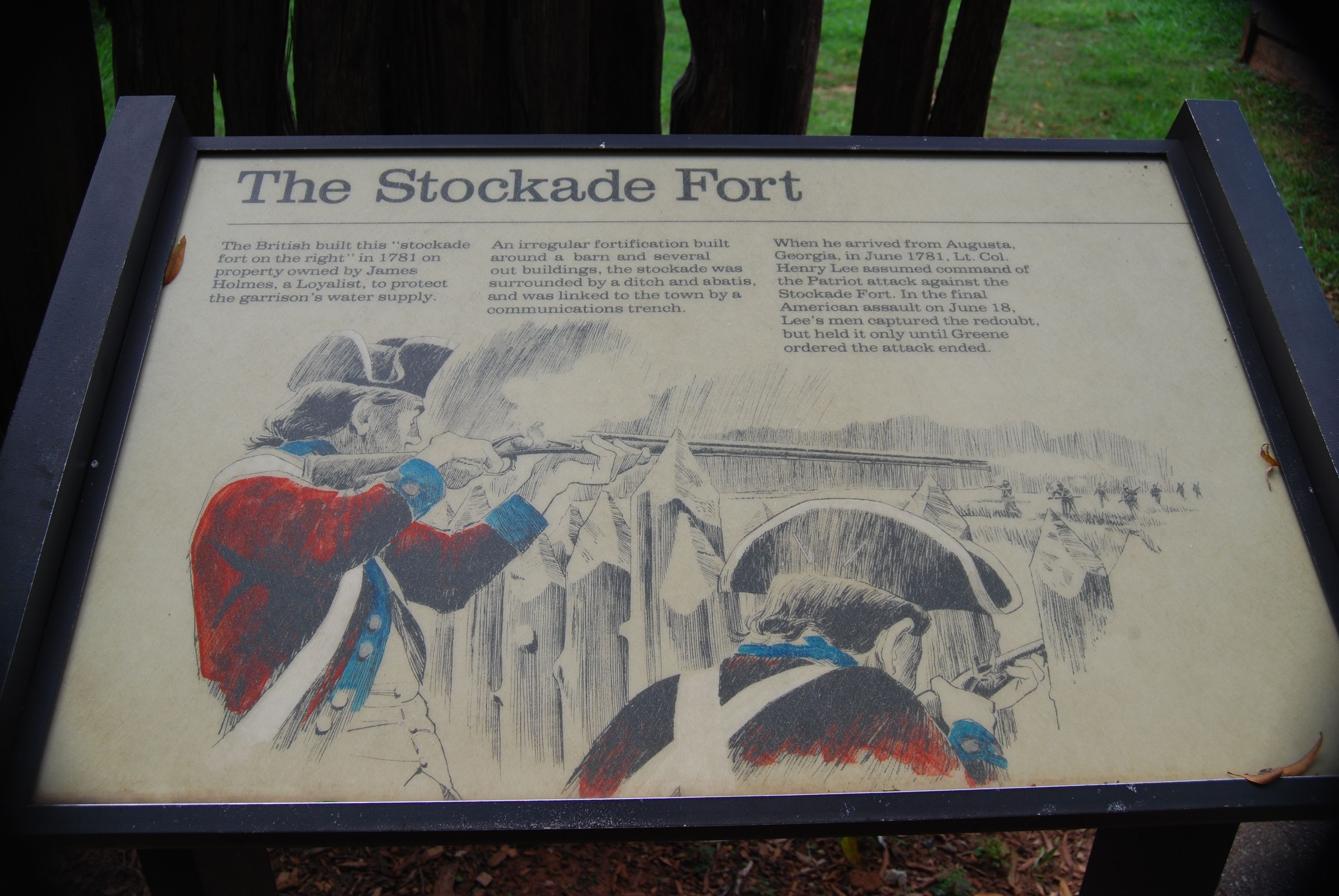 An irregular fortification built around a barn and several out buildings, the stockade was surrounded by a ditch and abatis, and was linked to the town by a communications trench.

When he arrived from Augusta, Georgia, in June 1781, Lt. Col. Henry Lee assumed command of the Patriot attack against the Stockade Fort. In the final American assault on June 18, Lee's men captured the redoubt, but held it only until Greene ordered the attack ended.
Submitted: September 9, 2008, by Brian Scott of Anderson, South Carolina.
Database Locator Identification Number: p35007
File Size: 2.563 Megabytes