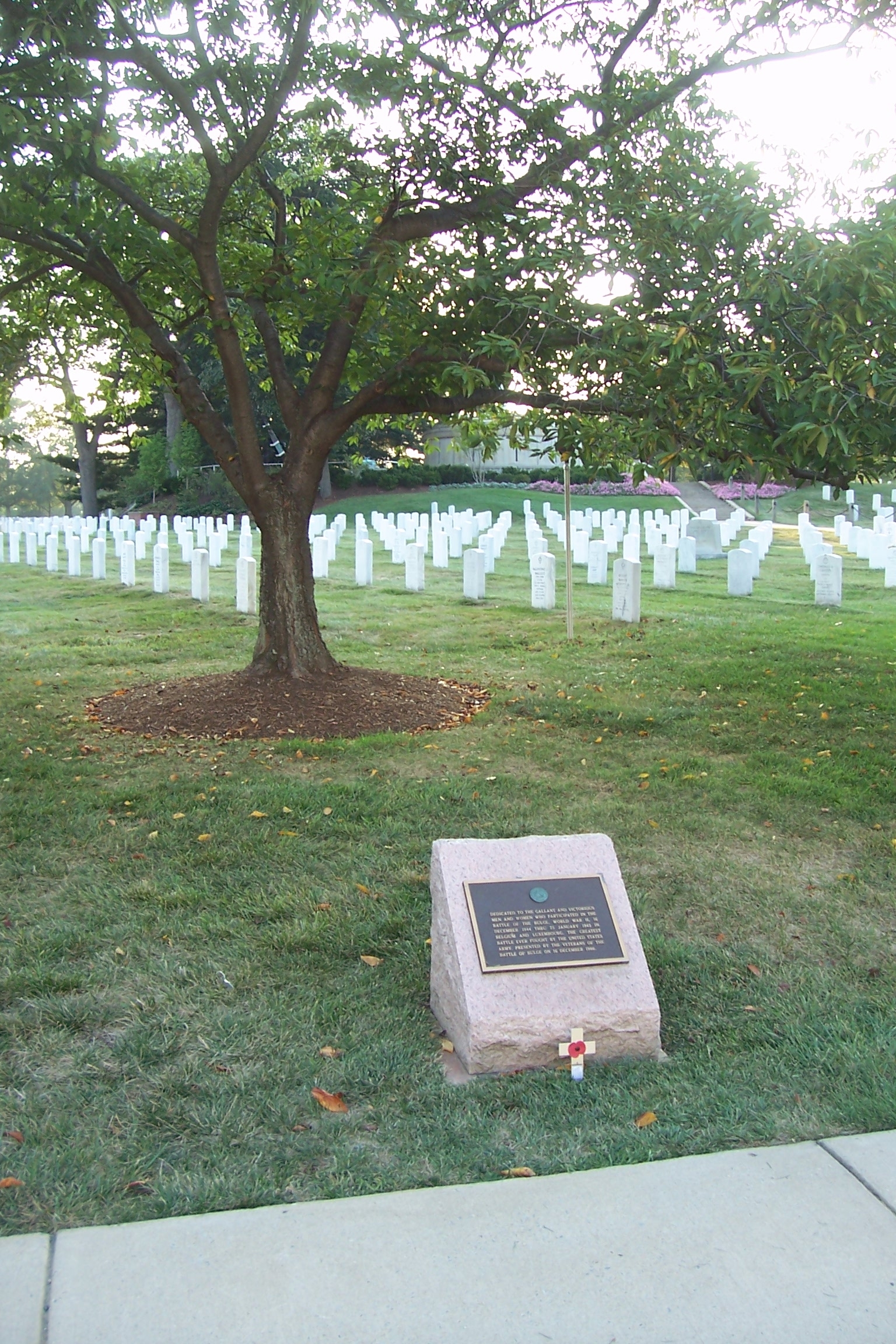 Photographer: Richard E. Miller
Taken: September 4, 2008
Caption: Arlington's first Battle of the Bulge marker, Section 46, off Memorial Drive,
Additional Description: "Dedicated to the gallant men and women who participated in the Battle of the Bulge, World War II, 16 December 1944 thru 25 January 1945 in Belgium and Luxembourg, the greatest battle ever fought by the United States Army. Presented by the Veterans of the Battle of the Bulge on 16 December 1986."
Submitted: September 10, 2008, by Richard E. Miller of Oxon Hill, Maryland.
Database Locator Identification Number: p35051
File Size: 1.182 Megabytes