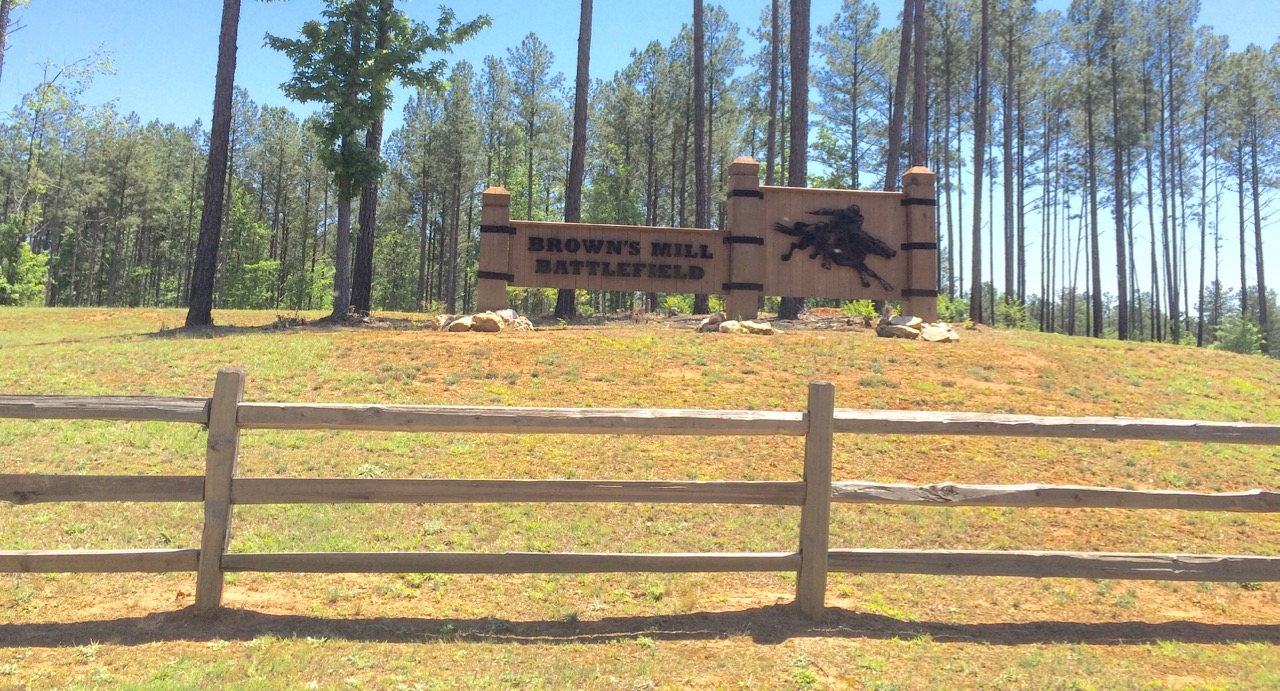 Photographer: Mark Hilton
Taken: May 15, 2016
Caption: Brown's Mill Battlefield located at 155 Millard Farmer Road
Additional Description: The Brown's Mill Battlefield Historic Civil War Site in Newnan, Ga., opened to the public in July 2013, nearly 149 years after the day of the significant battle. The 104-acre site is dedicated to the Confederate and Union soldiers who fought and died there on July 30, 1864, and to the Confederate and Union medical staffs who tended to the wounded after the battle. As a result of the battle, Major General William T. Sherman was forced to adopt new tactics for the Atlanta Campaign.
Submitted: May 15, 2016, by Mark Hilton of Montgomery, Alabama.
Database Locator Identification Number: p352191
File Size: 0.417 Megabytes