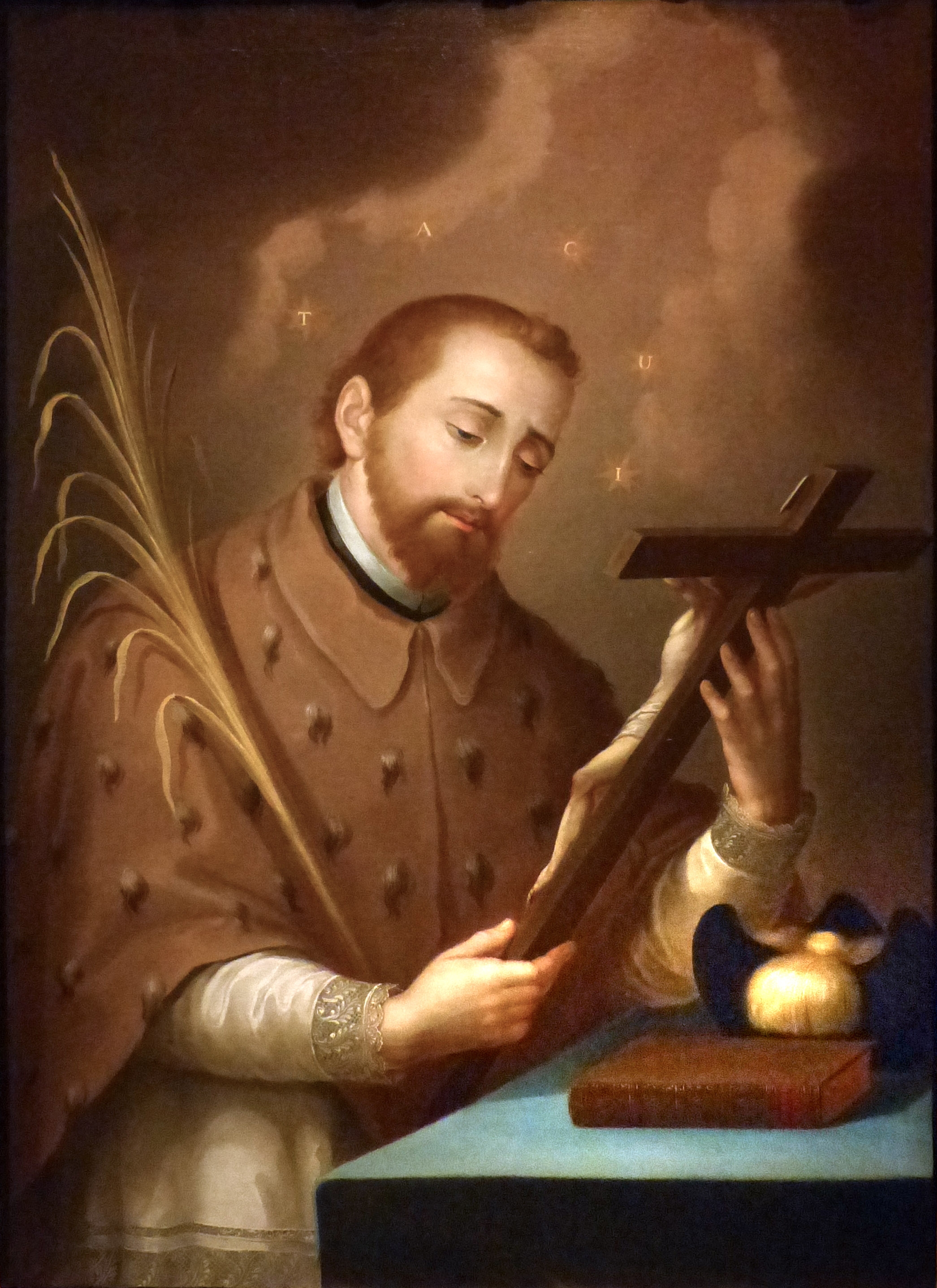 “The halo of five stars around the head of San Juan Nepomuceno, the patron saint of confessors, spells out TACUI, Latin for "I was silent." The saint was martyred because he refused to divulge what he heard in confession; the letters rest on five stars that refer to the five wounds of Christ and link the saint's sacrifice to the Savior's. This painting reminded priests and their congregants of the seal of the confessional, which required both to hold their confessions in strict confidence.

Jose Campeché was a descendant of freed slaves who became an artist and architect. His work blends local folk traditions native to Puerto Rico with the high style imported From Europe. The ornate, hand-carved frame calls attention to the ambitions of the artist and the significance of his subject. The painting displays the strong influence of the Catholic Church in America's New Spain at a moment when the Spanish Empire's reach spanned the globe.” — Smithsonian American Art Museum
Submitted: November 8, 2016, by Allen C. Browne of Silver Spring, Maryland.
Database Locator Identification Number: p368597
File Size: 1.041 Megabytes