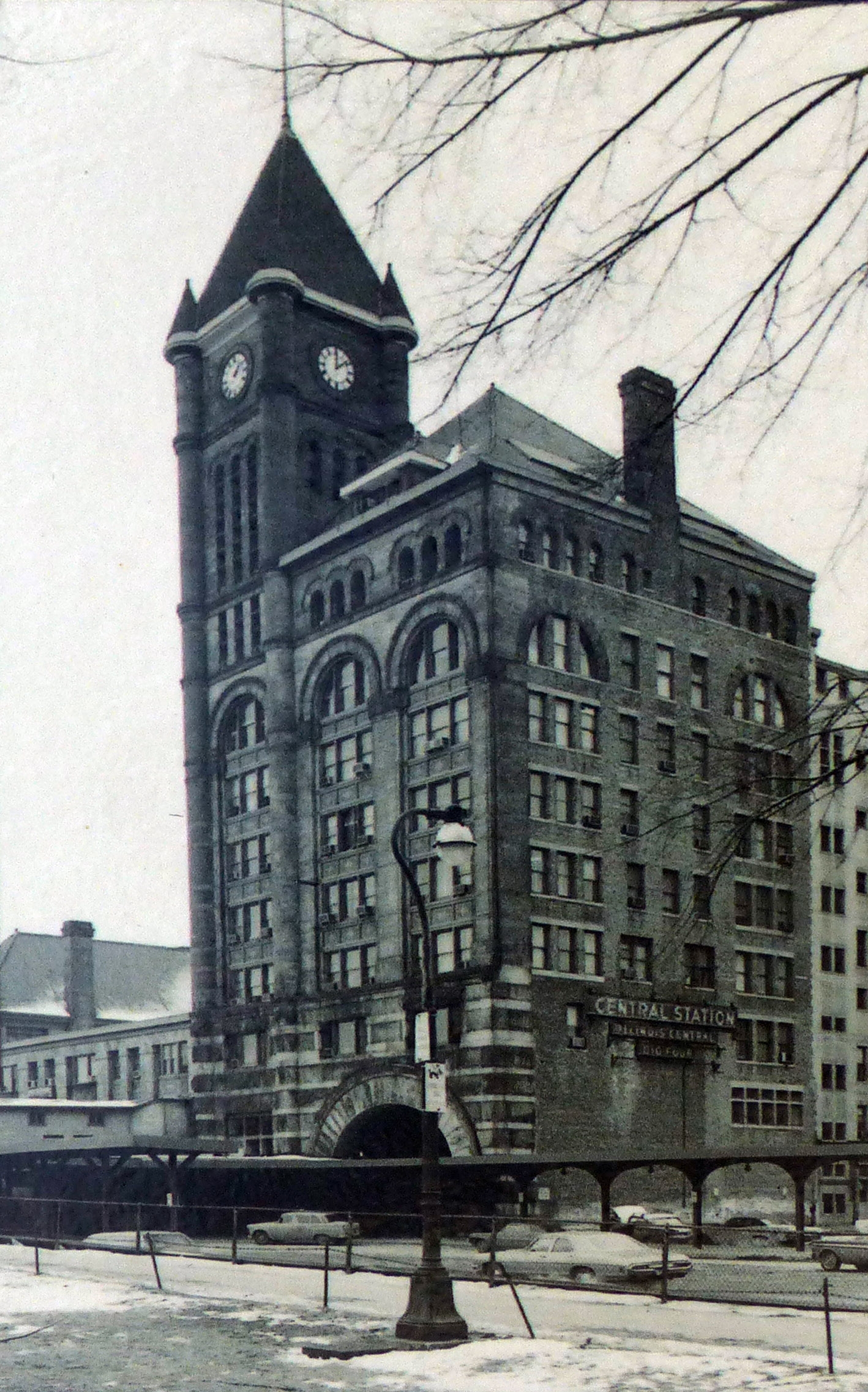 Photographer: Allen C. Browne
Taken: November 15, 2016
Caption: Central Station
Additional Description: Central Station was within a mile of important institutions of Chicago blues, including the open-air market of Maxwell Street, where many newly arrived musicians from Mississippi played, and the stretch of South Michigan Avenue called “record row” because many record companies were headquartered there. Chicago’s blues festival legacy began just east of this site in 1969 with a one day event called the Grant Park Blues Festival. The station building was demolished in 1974.
Close-up of image on marker
Submitted: November 19, 2016, by Allen C. Browne of Silver Spring, Maryland.
Database Locator Identification Number: p369817
File Size: 0.802 Megabytes