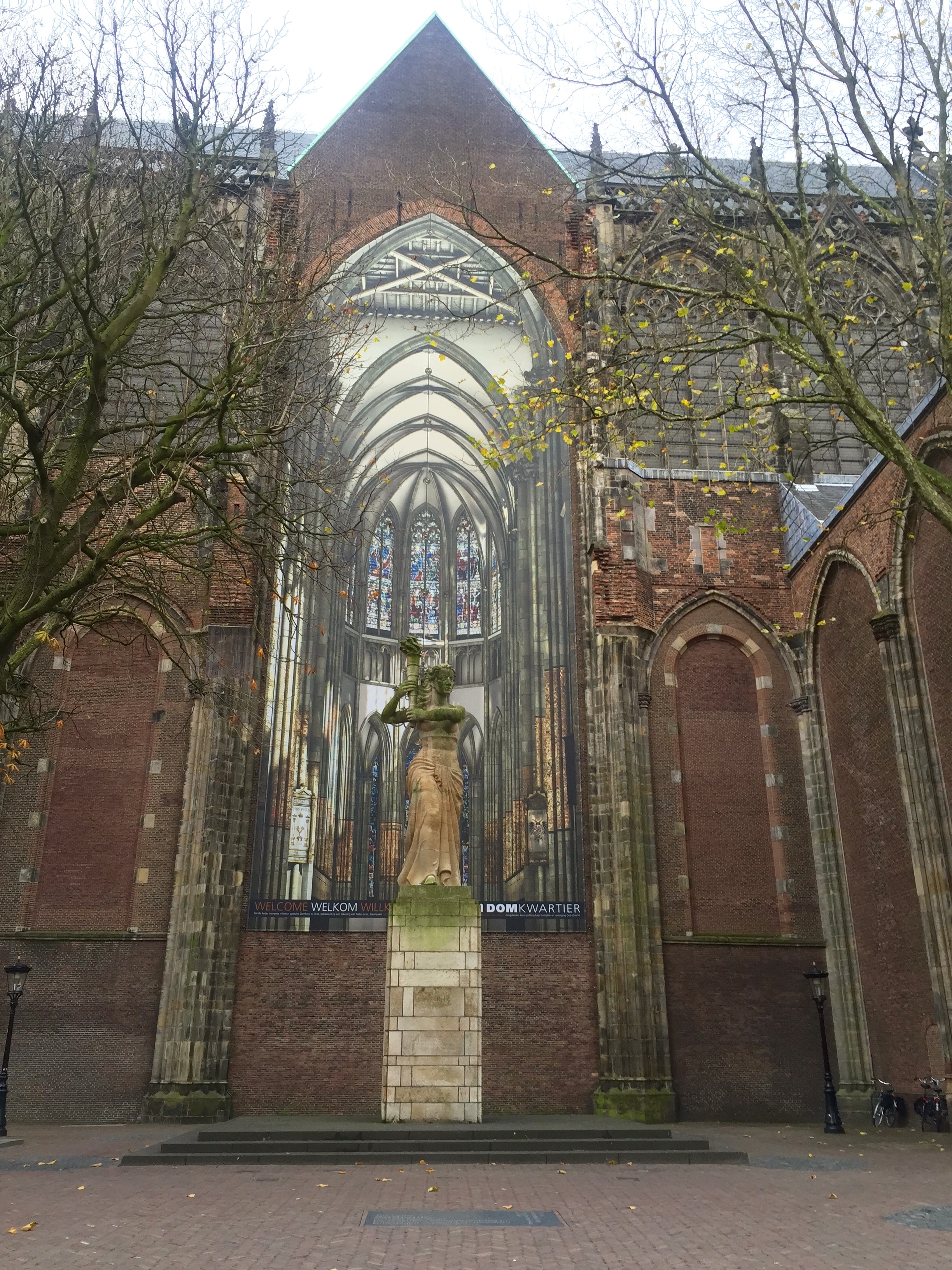 Photographer: Andrew Ruppenstein
Taken: November 23, 2016
Caption: Utrechtse Sodomieprocessen / Utrecht Sodomy Trials Marker
Additional Description: The marker is visible here in the foreground. In the background is a WW II memorial, and behind that a trompe l'oeil painting by Jan de Rode of the interior of the nave of St. Martin's Cathedral as it would have appeared in 1636, with the Cathedral itself behind that. The cathedral nave collapsed in a storm in 1674. The significance of the marker location is that the initial accusations that started the spate of trials were directed at men who were said to have met in the ruins of the nave, i.e. where the marker is now. (Click on photo to enlarge)
Submitted: December 12, 2016, by Andrew Ruppenstein of Sacramento, California.
Database Locator Identification Number: p372118
File Size: 3.552 Megabytes