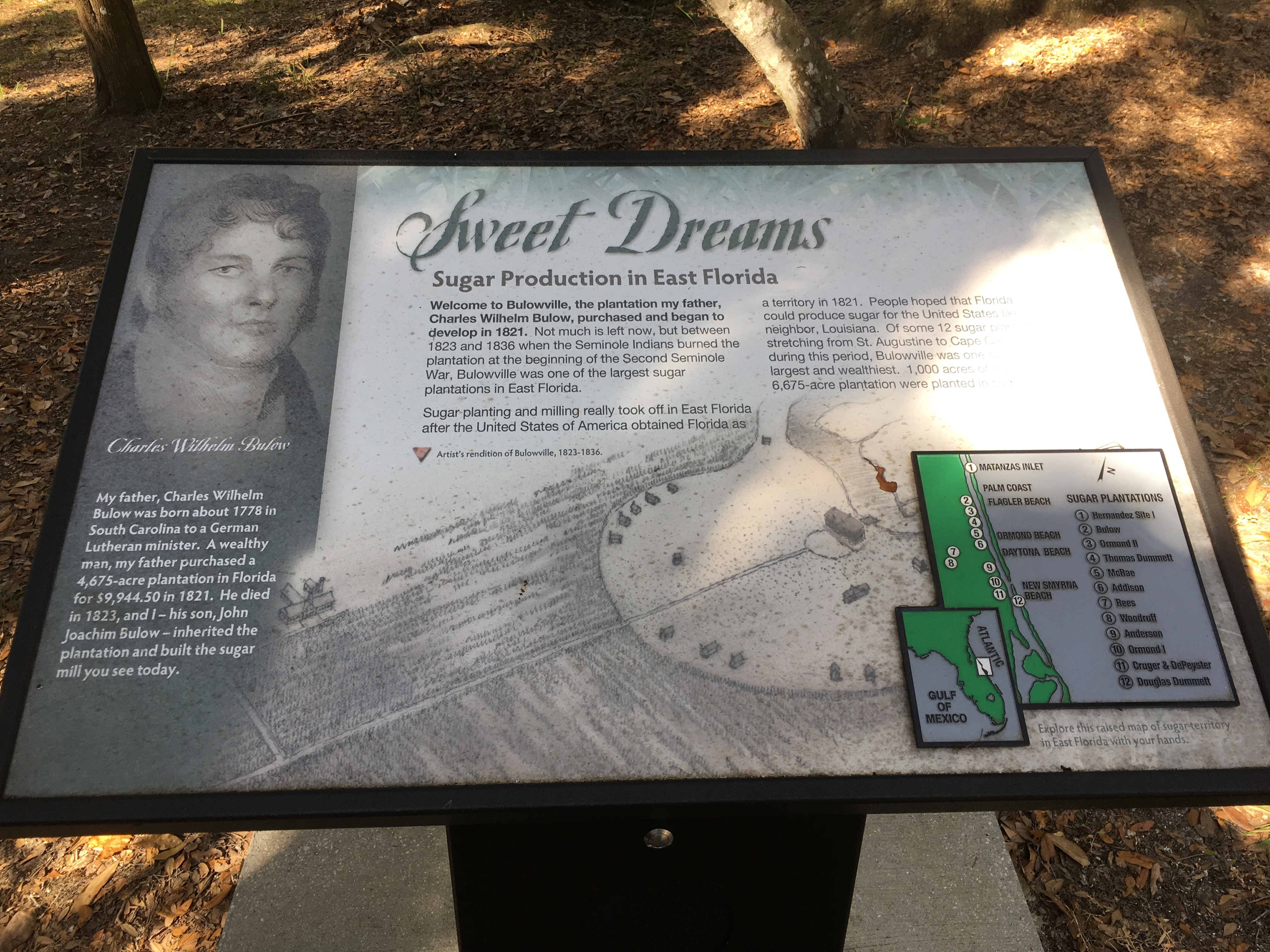 Photographer: Brandon D Cross
Taken: December 3, 2013
Caption: Sweet Dreams - Sugar Production in East Florida
Additional Description: Charles Wilhelm Bulow
My father, Charles Wilhelm Bulow was born about 1778 in South Carolina to a German Lutheran minister. A wealthy man, my father purchased a 4,675-acre plantation in Florida for $9,944.50 in 1821. He died in 1823, and I – his son, John Joachim Bulow – inherited the plantation and built the sugar mill you see today.

Welcome to Bulowville, the plantation my father, Charles Wilhelm Bulow, purchased and began to develop in 1821. Not much is left now, but between 1823 and 1836 when the Seminole Indians burned the plantation at the beginning of the Second Seminole War, Bulowville was one of the largest sugar plantations in East Florida.
Sugar planting and milling really took off in East Florida after the United States of America obtained Florida as a territory in 1821. People hope that Florida could produce sugar for the United States like its neighbor, Louisiana. Of some 12 sugar plantations stretching from St. Augustine to Cape Canaveral during this period, Bulowville was one of the largest and wealthiest. 1,000 acres of the 6,675-acre plantation were planted in sugar.