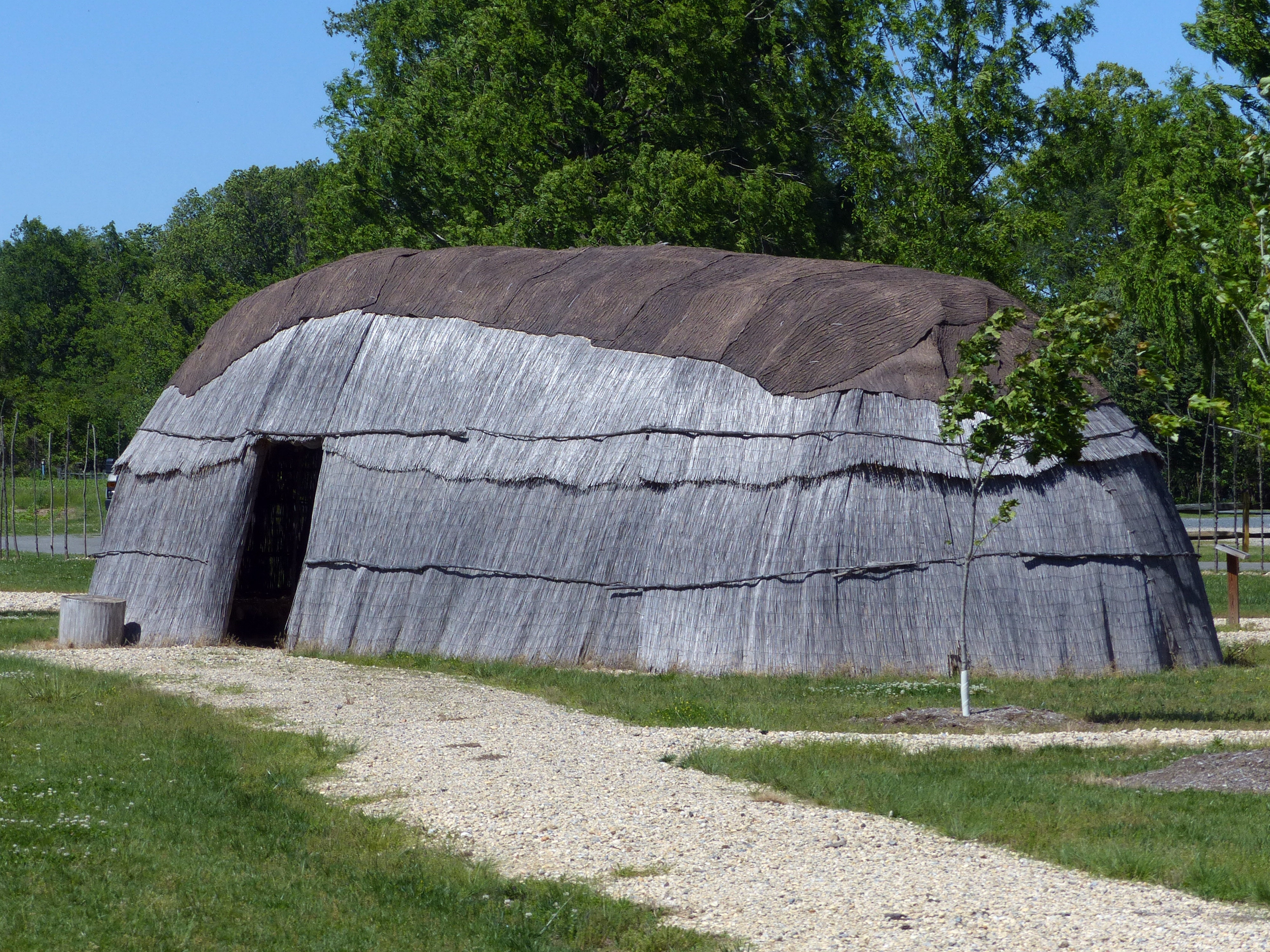 Photographer: Allen C. Browne
Taken: May 15, 2017
Caption: Longhouse
Additional Description: “The Eastern Woodland Peoples of the Chesapeake region built their homes in the forest and long rivers or streams. Wigwams and longhouses were erected for shelter, sleeping, and storage. The rounded dome shaped frames were make using flexible saplings placed into the ground. The sapling tops were bent and tied together with natural cordage. The structures were covered with tree bark and/or grasses, with holes in the roof, directly above each fire pit to allow smoke to escape. The doorway heights were low, requiring one to bend down to enter or exit. Construction techniques were similar for wigwams and longhouses; wigwams were smaller an round, and housed one to two families. Longhouses were elongated and could measure 100 feet or more, capable of housing multiple families.” - Patuxent River Park Signage.
Submitted: May 31, 2017, by Allen C. Browne of Silver Spring, Maryland.
Database Locator Identification Number: p384249
File Size: 3.271 Megabytes