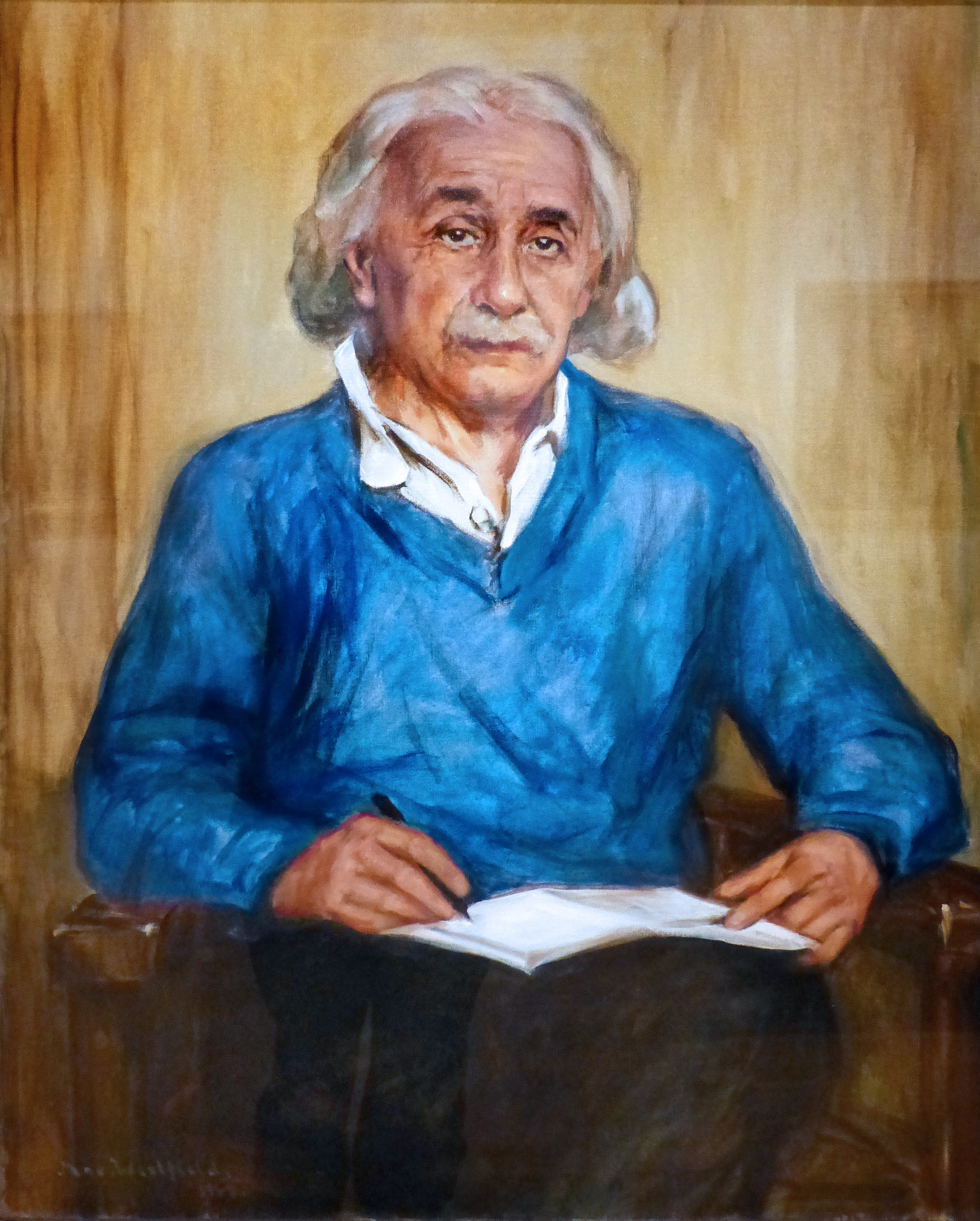 “The most brilliant scientist of the twentieth century, physicist Albert Einstein inspires comparisons to Isaac Newton. By the time he reached thirty, his theory of relativity and work in quantum mechanics had revolutionized physics and profoundly altered our perception of the world.

Einstein naturally commanded great prestige in the United States when he sought refuge from the Nazi regime of his native Germany in 1933. His words thus carried enormous weight in 1939 when he wrote a letter alerting President Roosevelt that Germany was moving toward the development of nuclear weaponry. Eventually, that warning gave impetus to the Manhattan Project, the top-secret venture that in 1945 produced the world's first atomic bomb.

While sitting for this likeness in 1944, Einstein mused to his portraitist, ‘After fifty years they will say of me, either he was a great man or a fool!’” — National Portrait Gallery
Submitted: July 24, 2017, by Allen C. Browne of Silver Spring, Maryland.
Database Locator Identification Number: p391207
File Size: 1.753 Megabytes