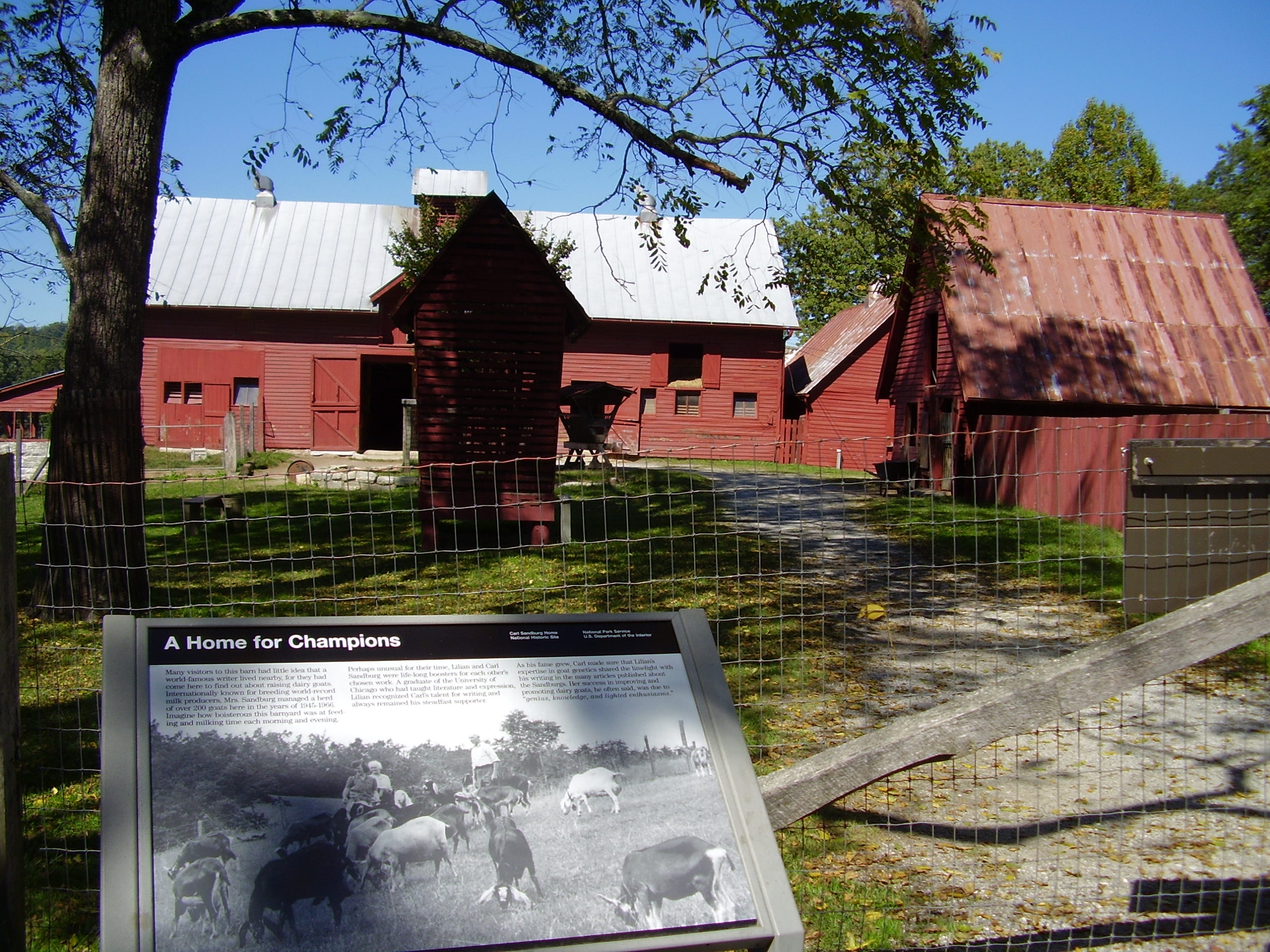 Photographer: Stanley and Terrie Howard
Taken: October 12, 2008
Caption: Carl Sandburg Barns
Additional Description: Mrs. Sandburg had a deep interest in goats and developed a prizewinning herd in Michigan, but the goat herd needed more room and a milder climate. Connemara was what Lilian Sandburg wanted-a place where her husband could write, and she could raise goats. Lilian Sandburg bred champions. She earned world fame for her dairy goats and for her work improving the herd's bloodlines and milk production. In 1952 the herd numbered over 200, and helpers milked 50 to 80 does twice a day. In 1960 top doe Jennifer ll produced 5,750 pounds of milk, averaging 205 gallons a day. She became the all-breed American champion in milk production and the world Toggenburg Champion.
Submitted: October 13, 2008, by Stanley and Terrie Howard of Greer, South Carolina.
Database Locator Identification Number: p39218
File Size: 1.079 Megabytes