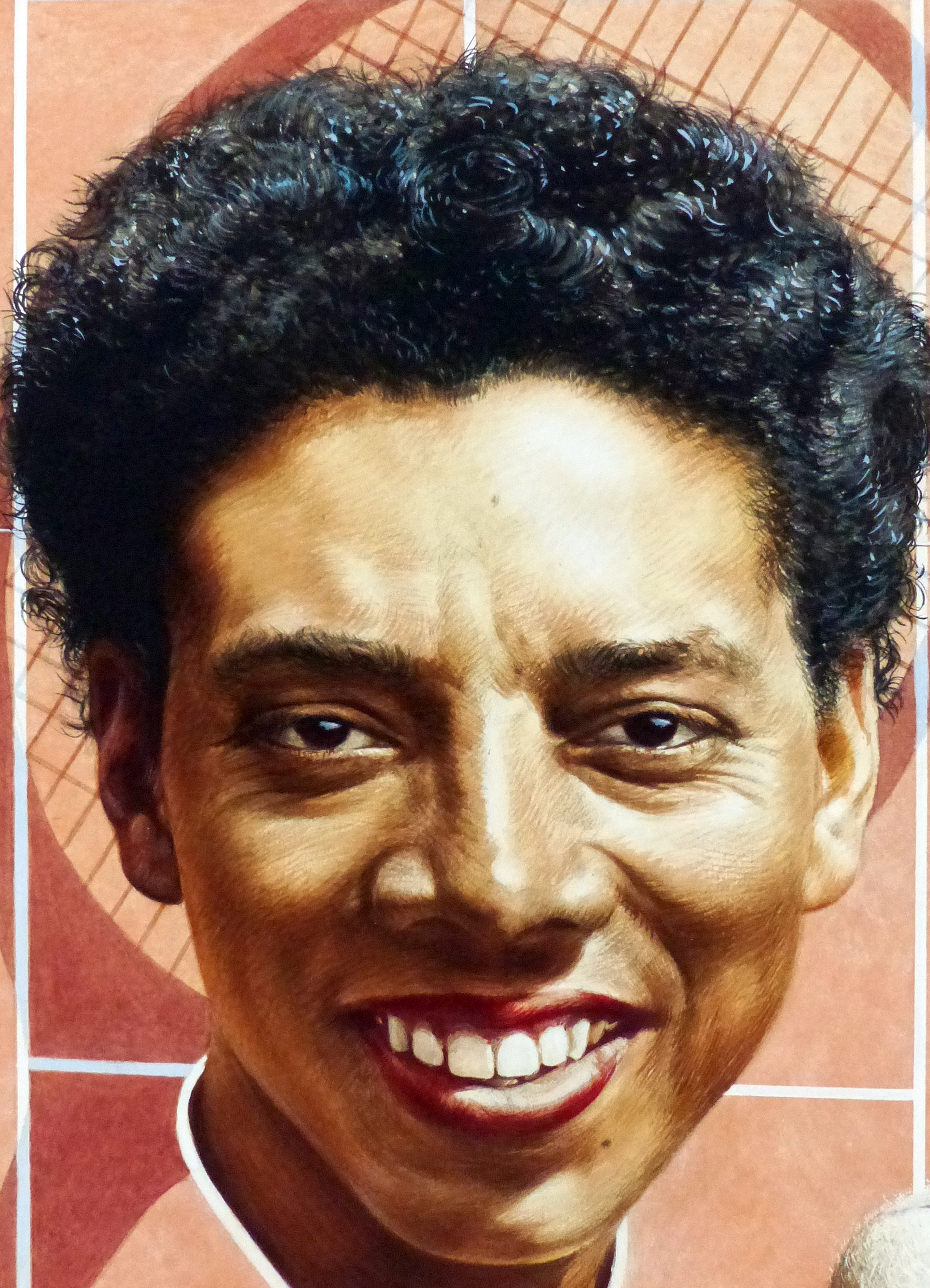 “In 1955, Althea Gibson contemplated retiring from competitive tennis. Had she done so, she would have denied herself her greatest moment. Two years later, this ‘lanky jumping jack of a girl,’ who had begun her sports career playing paddle tennis in New York's Harlem, was arriving home from England, the winner of the women's singles and doubles titles at the prestigious Wimbledon championships. Within another two months, she had won the U.S. women's singles crown at Forest Hills, New York, and emerged triumphant as America's clay court champion as well. ‘Althea Gibson,’ reported Time magazine in its cover story for August 26, 1957, ‘is not the most graceful figure on the courts, and her game is not stylish.&rsqou Nevertheless, it was clear that at thirty an age when most tennis players lose their competitive edge she was only then hitting her stride.” -- National Portrait Gallery
Submitted: September 19, 2017, by Allen C. Browne of Silver Spring, Maryland.
Database Locator Identification Number: p399190
File Size: 1.983 Megabytes